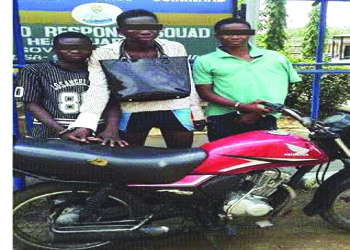 An Okada rider from Cotonou who specialises in snatching bags and motorcycles has been caught.

19-year-old Daniel Dali was on Friday arrested in Ajegunle by RRS officers on patrol after he allegedly snatched an handbag from a woman, who shouted for help.

Her cry attracted the RRS team who chased the thief. He later escaped with two accomplices.

The three were later arrested after the police thoroughly combed the area. 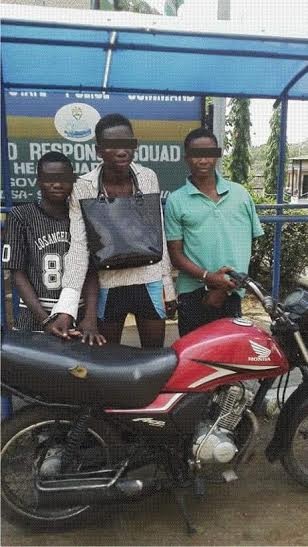 The suspects reportedly admitted at the RRS Headquarters in Alausa, Ikeja that they snatched the handbag, which they did not know contained two wraps of “fufu” and stew.

The suspects also told the police that they specialise in snatching motorcycles.