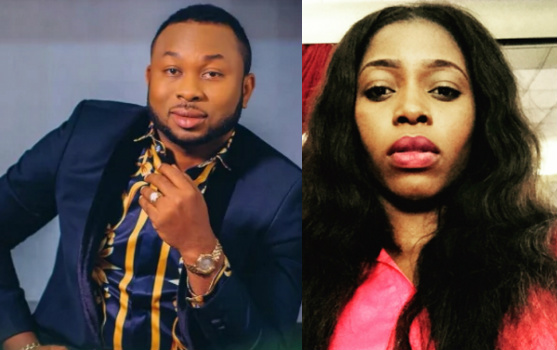 A blogger who insulted Nollywood actress Tonto Dikeh’s husband on the social media has been arrested.

Adeola Olonilua, the founder of Nigerian Women Diary was yesterday picked up by Police after Oladunni Churchill reported her at Maroko Police Station for trying to defame him on the social media.

Before her arrest, the female blogger who is a die-hard fan of Tonto Dikeh had cursed Oladunni saying she hopes he gets into legal trouble soon for his fraudulent dealings.

Adeola was arrested while trying to sign an advertisement deal with undercover operatives at Tantalizers in Lekki Phase 1 yesterday.

Here is what Adeola posted before her arrest 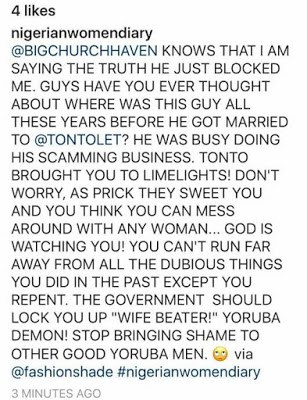 The problem now is that the lady arrested was not Adeola Olonilua.