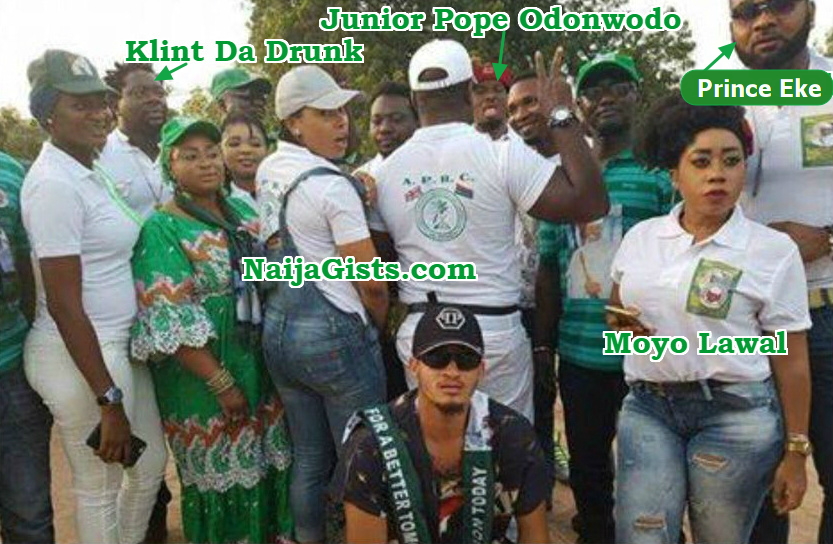 Few days ago, highly controversial social media critic Kemi Olunloyo took to the social media to call out Angela Okorie for allegedly sleeping with Gambian President and collecting $1.5million to gather momentum for his reelection campaign, though Miss Olunloyo’s story is full of sentiments, NaijaGists.com gathered that there is an iota of truth in the report.

Though there is no way to verify how much Miss Okorie was paid to campaign for Jammeh but sources in Gambian revealed that the actress was paid a huge sum of money to ensure the reelection success of the ousted leader. NG will bring you full gist on this soon.

The purpose of this report is to expose Nollywood stars who threw caution to the wind by gathering support for former Gambian Dictator Yahya Jammeh in November of last year.

Our investigation revealed that Angela Okorie and Moyo Lawal were contracted by the former dictator to get willing Nollywood actors to Gambia in order to garner support for the man who many Gambians see as wicked.

Well the duo (Moyo and Angela) who many Gambians refer to as prostitutes agreed and hired about 20 colleagues who followed them to Jammeh campaign trail.

Angela Okorie even took to the social media at that time to say nice things about the former dictator. 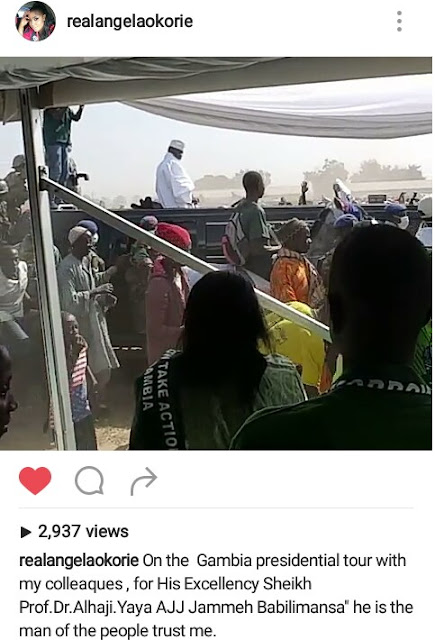 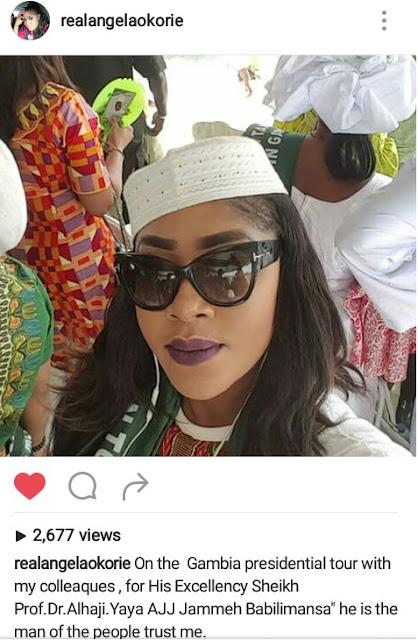 Top celebrities who reportedly followed Angela and Moyo to Gambia for Yahya Jammeh week-long campaign include Junior Pope Odonwodo, Prince Eke, comedian Klint Da Drunk and many other popular faces as seen in the photos and video below. 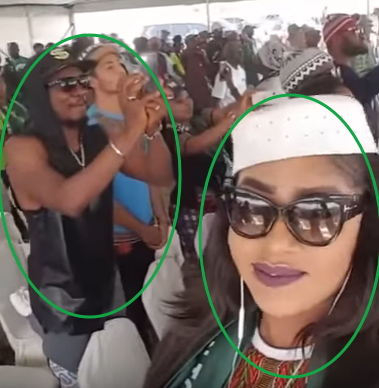 A Not For Profit Organization in Gambia also confirmed the sinful contract between Angela Okorie, Moyo Lawal and the former dictator. 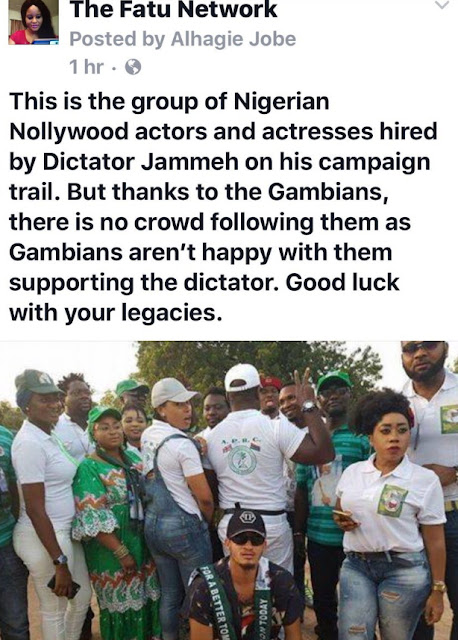