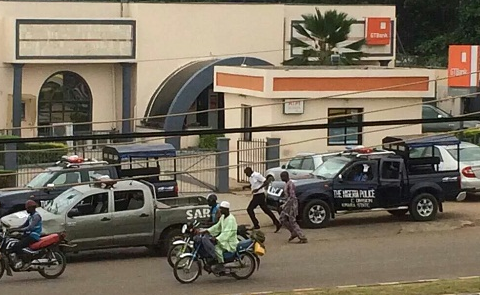 A Police sergeant who made an attempt to stop some robbers from invading a branch of the Guarantee Trust Bank in Port Harcourt yesterday has died.

The unidentified police officer was shot around 11:25am in the morning by some robbers who trailed a customer who had gone to withdraw cash around 10:50am.

It was learnt that the bandits had laid ambush somewhere close to the bank, waiting for the unidentified customer to make withdrawals.

The armed robbers, according to witnesses, immediately opened fire on the man’s vehicle as it moved out of the bank premises.

However before carrying out their attack, they first opened fire on the officer on duty who reportedly died on the spot.