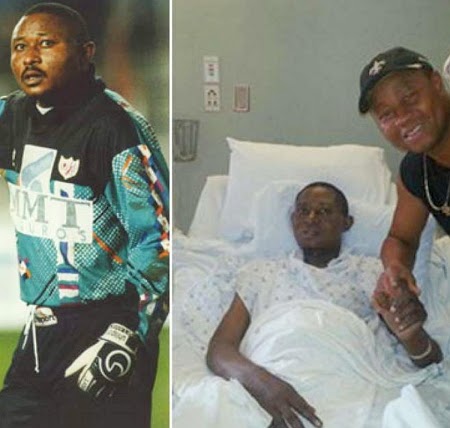 A famous Nigerian goalkeeper who was popular in the early 80s, Wilfred Agbonavbare is clinging to life at an hospital in the United States of America.

Agbonavbare who lost his wife to breast cancer back in 2012 claimed he had spent all his money at a Spanish-owned cancer treatment hospital in Florida.

The footballer who relocated to Spain a while back has spent close to 5 months in a Tampa Florida hospital. 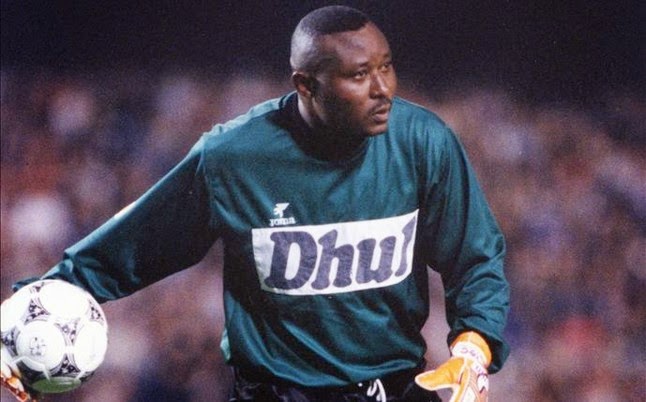 Hear what William told a friend recently: “I was relieved of my job after I was diagnosed with cancer. My wife died of breast cancer three years ago and when she was diagnosed with breast cancer I spent all the money. “I made playing professional football on her medical bills to keep her treatment uninterrupted. Consequently, I had to send my three children to Nigeria because my lethal health condition.”

Hope the Nigerian Federal Government can come to his rescue.