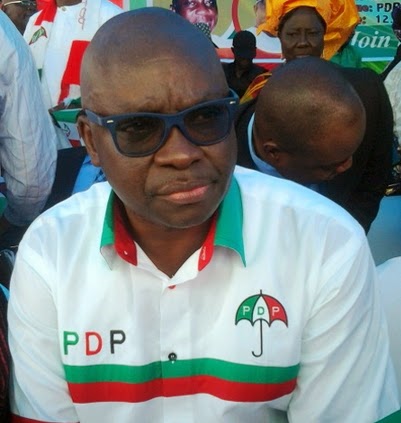 On Monday on the front pages of the Punch and the Sun newspapers, Governor Ayo Fayose of Ekiti State jettisoned all norms and decency associated with that exalted office and consequently put the whole of Nigeria in danger. Governor Ayo Fayose in one fell swoop passed a death sentence on the Presidential candidate of All Progressives Congress, APC, General Muhammadu Buhari (retd) without caring a hoot about the implications of the potentially dangerous publication. Ayo Fayose in his dangerous characteristic manner displayed three photographs of leaders of a section of the country who have passed on and a photograph of General Buhari suggesting that the man will soon join the dead three if he is elected President next month. 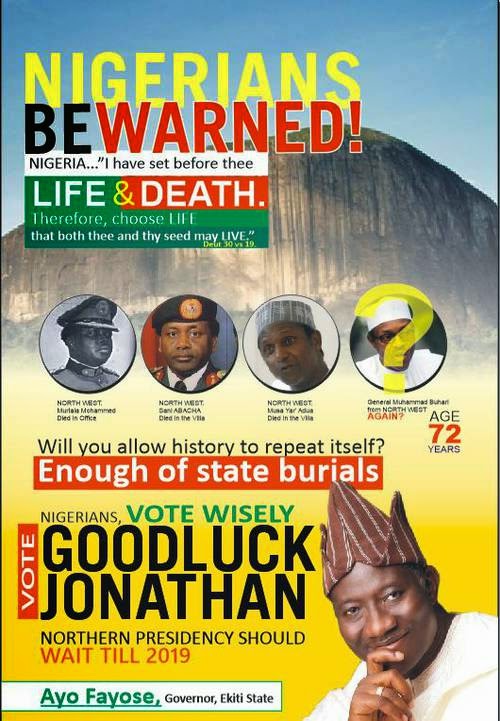 Now, what is Governor Ayo Fayose’s message? “Enough of these state burials, Nigerians vote wisely. Vote Goodluck Jonathan. Northern presidency should wait till 2019.” In summary what Governor Fayose is saying is that General Buhari will die in office like Muritala Mohammed, General Sani Abacha and President Umaru Yar’ Adua and consequently asked Nigerians not to vote General Buhari but Jonathan. 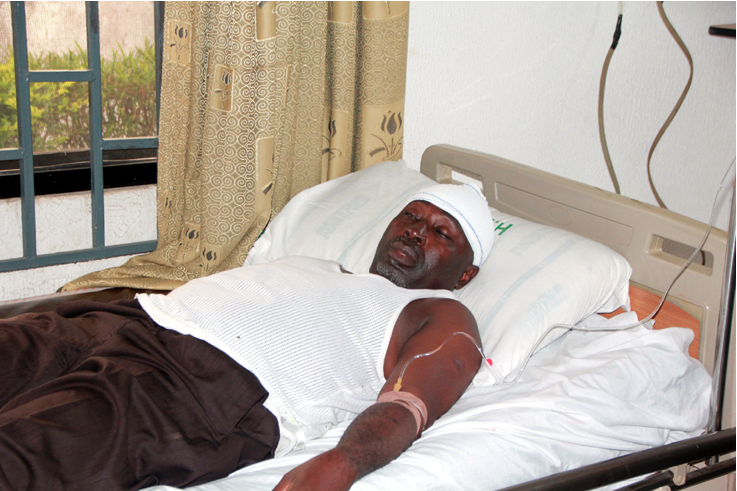 In actions and deeds, Fayose understands where he is going. He knows the weight of what lies ahead of him. He knows that a President Buhari is a threat to his position as a Governor. Working with political thieves in PDP in collaboration with our security agencies, Ekiti State Governorship election was stolen in favour of Fayose. Fayose clearly understands the meaning of General Buhari’s presidency and he knows that investigations are likely to be called for and he knows the consequences. This is just the reason why a Governor Fayose will want Buhari to drop dead. 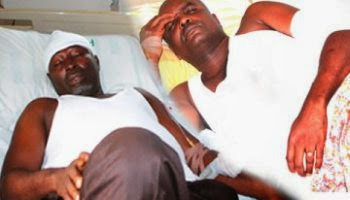 A thief runs when no one is pursuing him. Fayose is deeply worried about his past and present conducts. Governor Fayose hired thugs that went to beat up a High Court Judge in Ekiti State. Seven members of Ekiti state House of Assembly out of 26 members removed the Speaker of the State House of Assembly and purportedly elected one of them as the speaker. Seven members of the Ekiti State House of Assembly cleared Commissioners for Works and that of the Justice ministry. The Seven Members also sat and approved the 2015 Budget of Ekiti State. He closed down a petrol station owned by the Speaker of the House of Assembly, Adewunmi Omirin. Fayose sacked a permanent secretary in the Ministry of Education, Mrs Bimpe Aderiye simply because she did not attend the campaign rally for re-election of President Goodluck Jonathan. Governor Fayose sealed the Speaker’s office, cut off water supply in the Speaker’s residence. He also grounded the Speaker’s official vehicles. His three aides were arrested by the police instigated by Ayo Fayose. Recently Ayo Fayose boasted that he is in firm grip of the Army and the police in Ekiti State and he will stop at nothing in keeping them. He asked President Jonathan to use the army and the police to retain power on February 14, 2015. These are the reasons why Governor Fayose is desperate, terribly afraid and potentially dangerous to the polity. You can now see why he does not want General Buhari to be sworn in as president.

General Buhari means so many things to so many people. The corrupt, the thieves, the meretricious mediocrity and those who thrive on impunity and brigandage do not like his face at all. But Buhari of 2003, 2007 and 2011 is no longer the same Buhari in 2015. The man is now an oracle, a smoking volcano, and avatar and a colossus. His enemies are seeing the handwriting on the wall. There has been massive movement of Nigerians from PDP to APC while nobody is moving from APC to PDP. The momentum in the social media is unbelievable. The silent revolution has hit the landscape like an earthquake, and it is now candidate Buhari all the way. On Monday Governor Fayose of Ekiti state sealed and delivered victory to APC by the on the front pages of the Punch and the Sun newspapers. The market is now over. Since I saw the publications, I have been asking questions; can we rightly say that the Sun and the Punch Newspapers do not know the political implication of this advert before allowing it to go? Can we say that they do not know that this advert can cause problems in the polity?

Do they know that the advert is negative for President Jonathan? How much was paid for this dangerous advert? Do they know it is evil money or blood money? Now if I can pardon the Sun newspaper for this dangerous enterprise because I know they have been on this journey to the Golgotha for some time now, I find it difficult to forgive the Punch newspaper for this brigandage and recklessness. If gold rusts away, what will the iron do? This is a colossal betrayal in the struggle for a new Nigeria. Oh Punch! Even You!!

Nobody is thinking again in the House of PDP, because the party has been left for the foolish constituencies. Nobody is reasonable again and nobody is leading anybody. There is no hope, no plan, no future, no destination, no focus and no team work. Oh! How are the mighty fallen? Now let nobody take Mr Ayo Fayose seriously. He was speaking for himself. Yoruba that I know fight for others and do not wish other people dead. Fayose represents the worst in the Yoruba land. No wonder Professor Jide Osuntokun cried to Ekiti people to rise up and chase Ayo Fayose away but all to no avail.

Fayose has made a mockery of the dead. He has insulted the dead. He has violated an agreement by both parties to maintain peace in the forthcoming election. He has single-handedly destroyed PDP in Nigeria. I am sure top notchers of PDP saw and approved this unmitigated disaster in the name of advert. Now PDP and Ayo Fayose would have to reap what they have sown. PDP is dead in Nigeria!