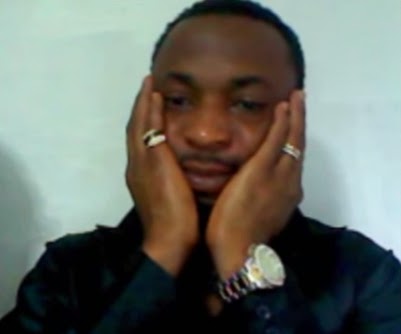 Pictured above is a Nigerian based in Accra Ghana who has been using popular Ghanaian actor Majid Michel’s name to collect money from unsuspecting fans.

Kelvin Ogodogu is currently in Ghana police detention after he was arrested following a tip from his recent victim.

Majid said he was in the United States recently when he met a lady by name Ikay at an event. Ikay was said to have approached him and told him about their chats on social media and also hinted on the monies she’s been sending him.

According to Majid, the lady even said that, he (Majid) informed her of his mother’s death and requested for an amount of $5,000, an amount she was willing to send.

Majid said that he told the lady he was innocent but the lady insistent and argued that it was him (Majid) who had engaged her over a period of time on social media, collected previous monies and recently requested for $5,000 for the funeral.

After realizing she wasn’t joking, he explained to the lady that she wasn’t the only one who has fallen victim t such scam as there are loads of fraudsters using his name and profile to defraud unsuspecting people. 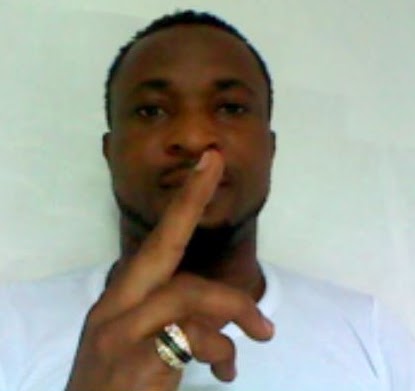 Majid and the lady set up a plan to expose the man behind the scam. Majid Michel called his brother in Ghana and set him up with the lady who forwarded him her details.

Ghana Police officials were also involved in the investigation

Pretending to be Majid Michel who recently lost his mother in Ghana, Kelvin was said to have requested $5000 from the lady for his mother’s burial.

Kelvin initially wanted the money transferred through Western Union and to his real name (Kelvin Ogodogu) and when he was questioned on why the money wasn’t being transferred to the name Majid Michel, he claimed that the name, Kelvin Ogodogu, was the name of his movie director.

With advice from the Police, Kelvin was asked to go and take the money from a friend of Ikay in Accra, but in a smart move, he also sent a friend to collect the money – that friend was arrested and led the Police to apprehend the real culprit, Kelvin from his hideout in Accra Ghana.

When police questioned him, he reportedly said Majid Michel is his nickname.

He is currently cooling off in Ghana Police detention awaiting trial.

Video: Pastor Caught With Female Church Member In Hotel In Nairobi Kenya Says She Lured Him
Emmanuel Adebayor: My Mother Is A Witch, She Used Juju & Witchcraft To Ruin My Career