Forget about the story making round on Facebook, the young lady pictured above was murdered in cold blood by her wicked boyfriend a week after she broke up with him.

This reportedly happened in Agbor area of Delta State. 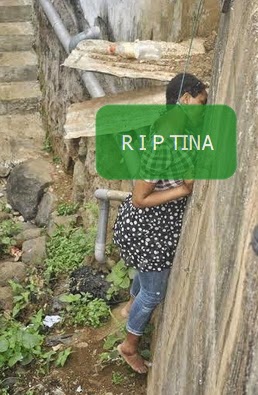 According to a source, the lady simply identified as Tina broke up with her ‘sex addict’ boyfriend after she secured University admission in order to concentrate on her study but sadly, the jilted guy couldn’t handle the heartbreak.

Her family believe he killed her, then took to Facebook to share the story as a suicide in order to cover up evidence.