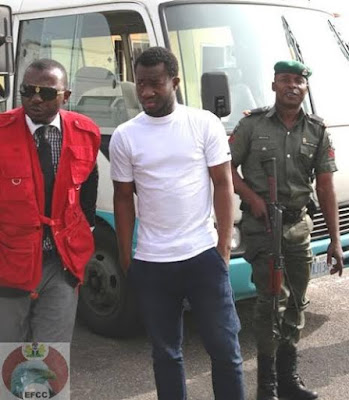 Yesterday, EFCC arraigned Ebiechina Chikeluba ( aka Lisa T. Jackson) before Justice O. A Ipaye of the High Court of Lagos State, Ikeja on a 17-count charge bordering on obtaining money by false pretence, personation, forgery and using false document. Chikeluba who met his victim on Facebook using the false identity of, Lisa T. Jackson, a United States citizen, has been making monetary demands of his victims, using varies guises.

In one such instance in March 2013, he obtained a total sum of £54,324.59 (Fifty Four Thousand, Three Hundred and Twenty Four Pounds, Fifty Nine Pence) from one K. Oaks through Western Union on the pretext that he was an American woman dealing in Gold in Nigeria and needed money to increase her capital. 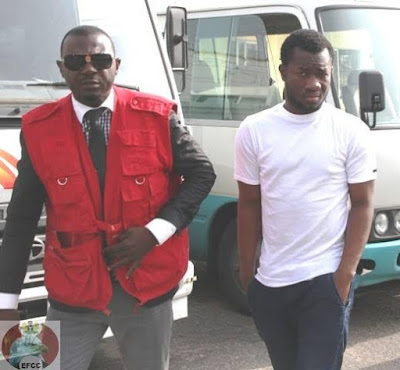 The unsuspecting victim paid, having already agreed to marry the conman. When the charges were read to the defendant, he pleaded not guilty. In view of the plea of the accused, prosecution counsel, Andrew Akoja asked for a trial date and prayed the court to remand the defendant in prison custody. The defence counsel, Chijioke Agu informed the court that he has already filed an application for bail and asked to be allowed to move his application.

However, Justice Ipaye adjourned the matter to July 20, 2015 for hearing of bail application and ordered that the defendant be remanded in custody. Chikeluba, 21, a student of Federal Science and Technical College Yaba, Lagos was arrested by the operatives of the EFCC on February 24, 2015 for allegedly swindling Oake, a UK citizen, of the sum of £54,000 (equivalent of N20m).