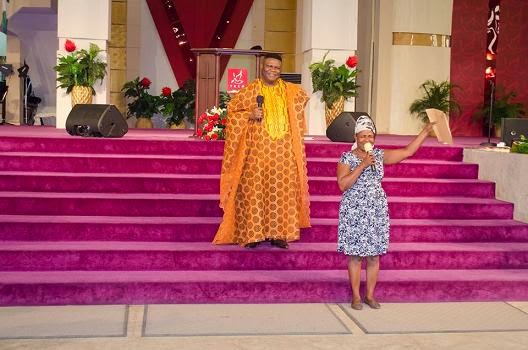 The presiding bishop of a church in Lagos has rewarded the airport cleaner who recently returned missing N12Million at MMIA airport.

Josephine Agwu was yesterday honoured by the founder of The Redeemed Evangelical Mission, TREM in front of his church members with an undisclosed cash reward..

“Recently, I read in the Newspapers about a cleaner by the name Josephine Ugwu, who found a sum of N12 million (in foreign currencies) at the Murtala Muhammad International Airport on January 23rd, 2015 and returned the whole amount to the owner, who just said thank you and walked away.
Despite the fact that a lot of people who heard about it said it was foolish on Ugwu’s part to have returned that much money, I was so inspired by this young woman’s HONESTY. In the face of the high cost of living and prevailing economic challenges, it took a high level of moral integrity for josephine who’s monthly salary is N7,800 to exhibit such act of honesty.” 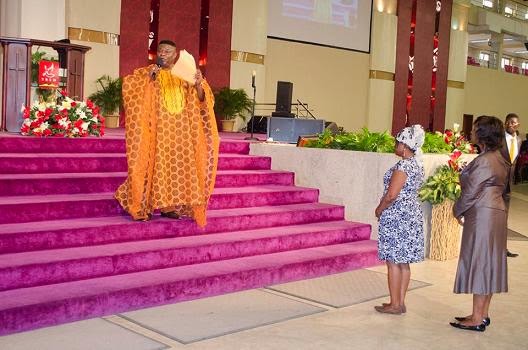 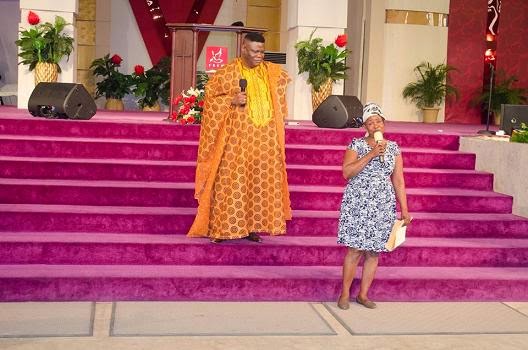 Very kind of him.