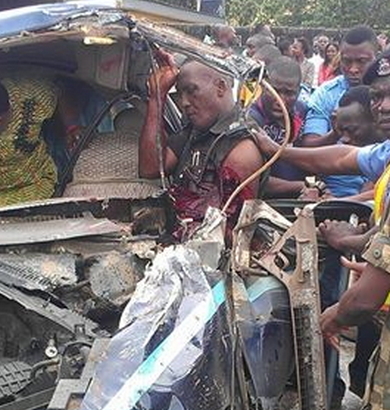 A very overzealous police officer was trying to collect his usual Eguje (bribe) last week at Idi Mangoro area of Agege Lagos last week when he suddenly became an amputee.

According to a source, before the unfortunate incident, the unidentified policeman pictured above was trying to arrest the driver of the bus because he refused to pay bribe.

In a bid to force the driver to stop, the Oga police performed a Jackie Chan-like stunt and jumped inside the bus.

When the bus driver saw him, he tried to speed off so as to shake him off his steering wheel.

In the process, the driver lost control of the bus and hit a barrier and somersaulted severally.

The condition of the driver is still unknown at the time of this report.

See more photos from the scene of the fatal accident below. VIEWERS DISCRETION IS STRONGLY ADVISED 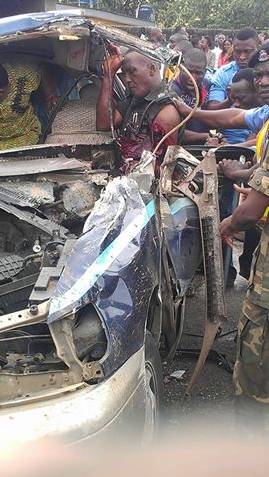 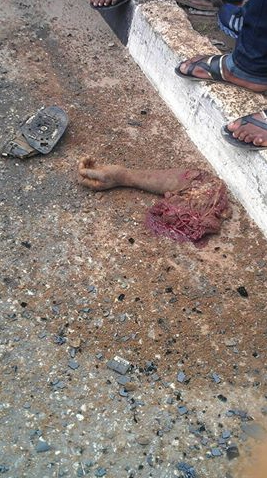 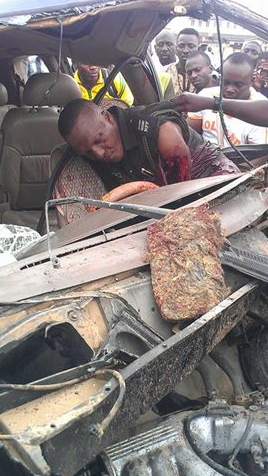 Hope other bribe addicts in the Nigerian Police Force will learn from his story.