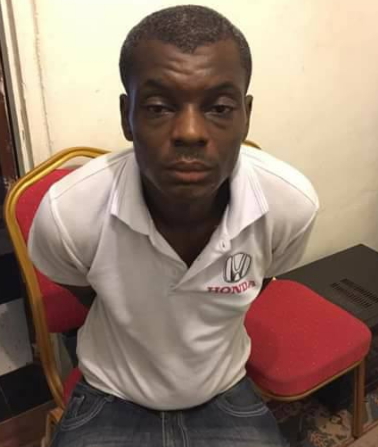 March 11, 2017 – Pictures: Ghanaian Man Who Murdered A Nigerian Prostitute In Accra Ghana Has Been Arrested

A Nigerian lady working as a commercial sex worker in Accra Ghana has been murdered.

The young woman simply identified as Tina was accused of stealing 120 Ghana Cedis from her client before she was stabbed to death.

Tina, a resident of Ghana was murdered by 34-year-old Isaac Sackey who later surrendered himself to police yesterday.

In his confessional statement, Sackey said he stabbed Tina on the stomach and thigh after she allegedly threatened to stab him to death with a kitchen knife.

Sackey said he met Tina at a pub in Accra Ghana and the two agreed on a fee for service before he took her home where they spent the night.

He added that around midnight, he went to the bathroom to freshen up, leaving Tina in the room. He claimed that when he returned, he saw Tina going through his belonging and realised that 120 Cedis had been stolen.

The police are trying to locate the family of the young lady whose body has since been deposited at the Accra Police Hospital mortuary for preservation. 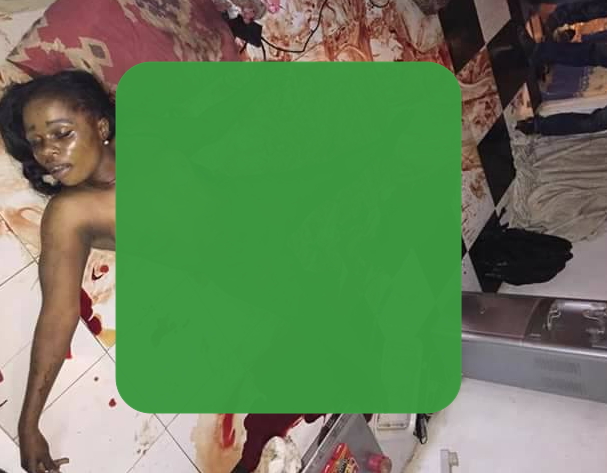 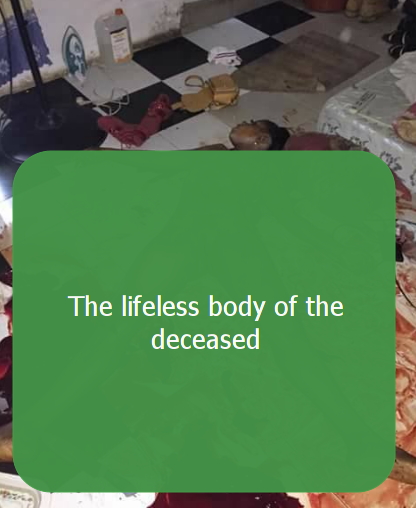 Sadly, media houses in Ghana have uploaded the naked photos of the deceased on the social media to further poke fun at Nigerian prostitutes plying their trade in the capital city of Ghana.