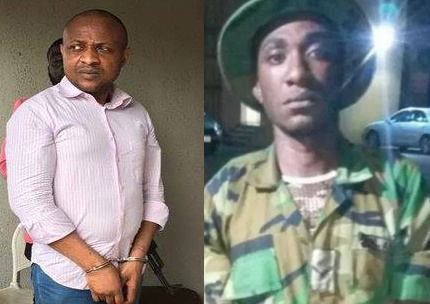 Meet Lance Corporal Victor Chukwunonso, one of the suspects on the list of names Billionaire kidnapper gave Police on Friday. 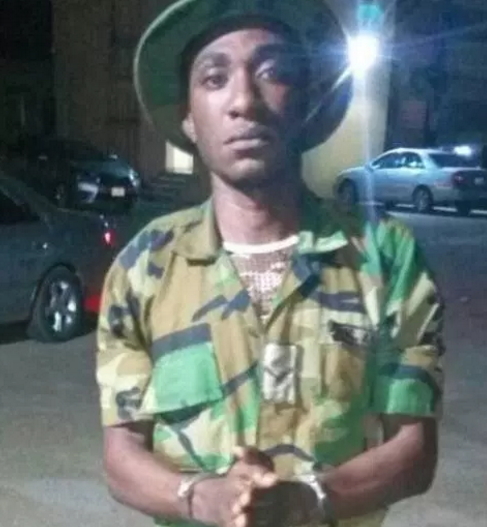 The suspect serving at the Army Band Corps in Surulere Lagos was picked up around 9pm yesterday at his hideout in Ojo by IRT operatives.

The native of Onitsha in Anambra state confessed to Police that he ONLY accompanied Evans to 3 kidnap operations. 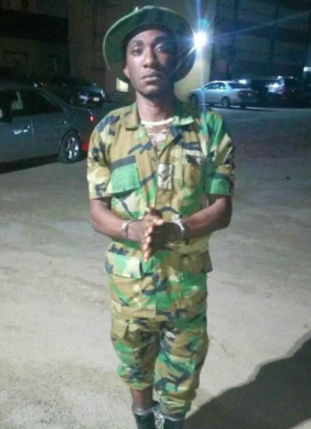 He added that he never used his gun to kill anyone.

According to police sources, Chukwunonso said Evans paid him N6.5million for the three operations he participated in before he stopped working for the gang.

Omotola Jalade Opens Up On Sexual Scenes In Alter Ego Movie, Says Husband Ok With It
Iretiola & Patrick Doyle Marriage Crashed In 2014: Actress Moved Out Of Husband’ Home 3 Years Ago