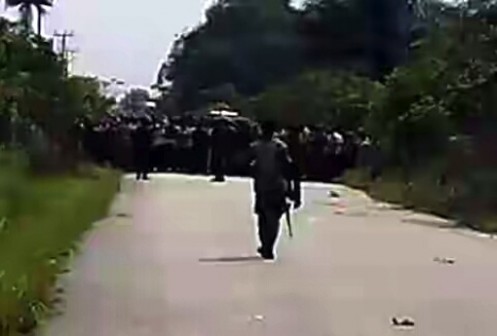 A communal clash between the Urhobos (Aladja people) and Ijaws (Ogbe Ijohs) reached its peak in Ogbe Ijoh area of Warri South yesterday after some militants overran a police station in the area and looted their armoury.

It was learnt that the crisis which has been brewing for a while over boundary dispute between the two communities led to shootings and burning of houses.

Some reports however claim that the clash was ignited following an attack on Aladja women who were returning from their farms by some Ogbe Ijaw youths last Wednesday.

In retaliation, Aladja youths today blocked the only access road leading to Ogbe Ijaw community which allegedly led to the clash between the two communities.

To quell the tension and impending disaster soldiers from 3rd Battalion had to be drafted into the crisis torn area before sanity could be restored. 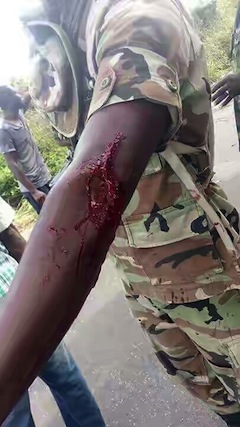 A soldier sustained serious injuries after the Ijaw militants attacked him.