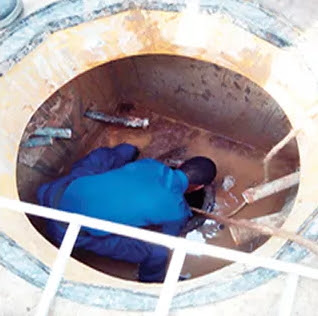 At least 2 men died yesterday at Ojodu Berger while working at a popular filling station in the area.

A man simply identified as United was cleaning the underground tank as part of the routine maintenance exercise of the station. He died after inhaling the gas emitted from the tank.

Hours later when he refused to come out, his boss called him but he didn’t answer. His lack of response forced 30-year-old Mr Ipaye Adekunle to move into the underground tank but he didn’t come out either.

Two dead bodies were pulled out from the underground tank around 6am yesterday.

None of the victims used nose mask while cleaning the underground fuel tank.

Their corpses have been deposited at Lagos Mainland Hospital. See photos from the scene of the tragedy… 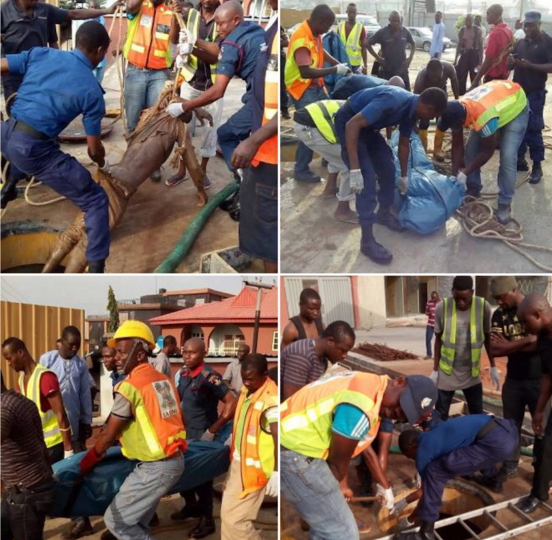 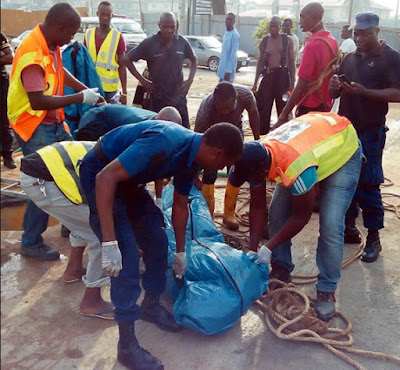 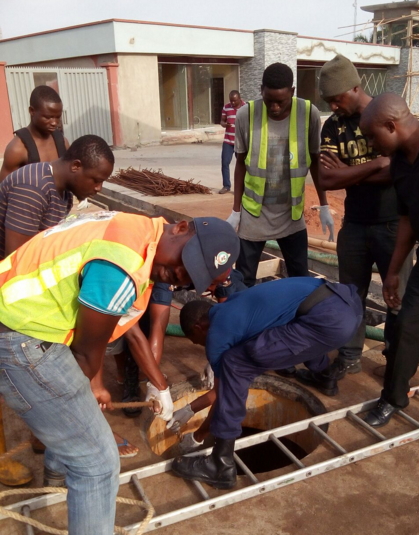 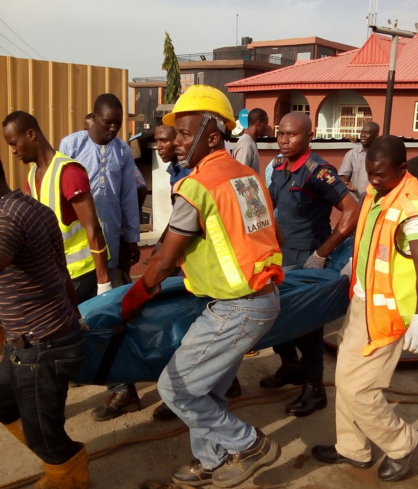