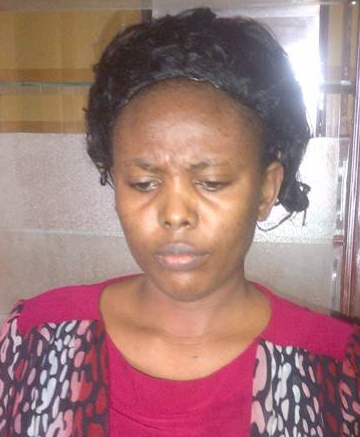 30-year-old Ijeoma Juliet Nnaji was caught by the NDLEA at MMIA Airport yesterday with 535g of cocaine concealed in her bra.

The suspect who holds a National Diploma in Mass Comm. confessed to the anti-narcotic agency that her desperate need for money forced her to agree to smuggle cocaine into Nigeria in exchange for one million naira.

N1 million for a lifetime of shame!!! Desperation no good o