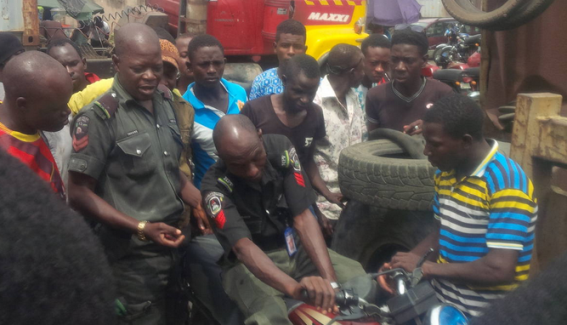 A mobile policeman who caused a scene yesterday at Amuwo Odofin area of Mile 2 in Lagos has been arrested.

The story that was first published by Sahara Reporters yesterday has reached the attention of Lagos Police Commissioner, Fatai Owoseni.

The Mopol has been identified and arrested.

Here is the another photo of the sayo policeman. 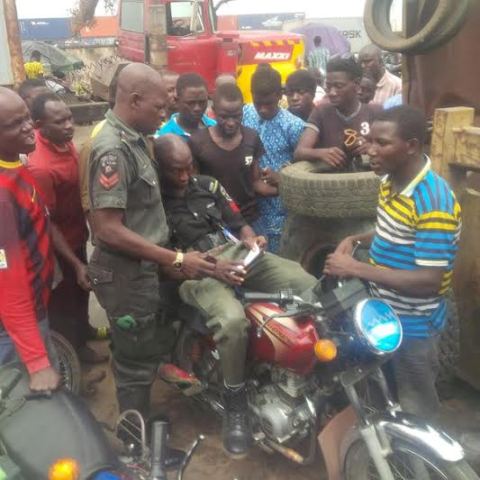 Imagine what this one will do if he has a fully loaded gun. God save Nigerians!