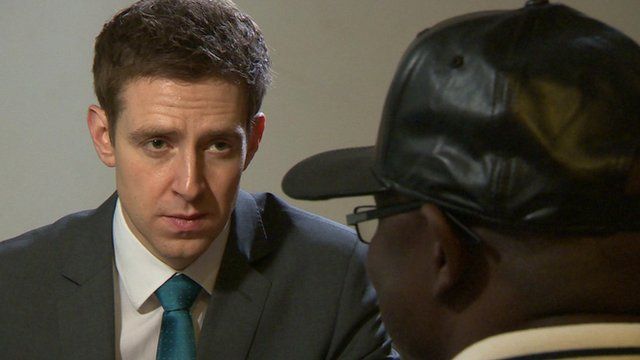 Ofonime Inuk, a Nigerian man forced to live as a house boy by his Nigerian family friends for 24 years has recounted his ordeal in the hand of his tormentors.

‘They’d been in my life for 24 years, so I kind of felt a bit sorry for them, even though they’d treated me so badly.
“I’d become almost attached to them because they’d controlled my teen and adult life. ‘I’m still angry. I will forgive them – what else can I do? – but I’ll never forget them.

“I’m not going to get my life back, it’s gone now. Twenty-four years of my life have been wasted.
“I know I have a lot ahead, but I’ve missed a lot. It makes me so sad to think about those wasted years, and they just didn’t care. They were playing God with my life.” 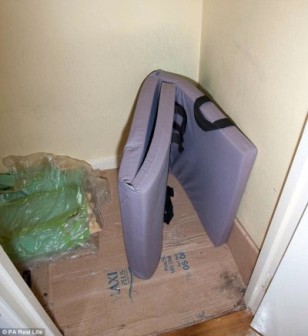 Where Inuk slept for 24 years.

“My role is to stay in the house … I always do everything in the house, sir … clean, cook, wash car, the gardening, ironing … or maybe like a slave. That’s called slavery.”

With no official paperwork, no money and nowhere else to go, Mr Inuk said he had no choice but to stay at the Edets’ home in Perivale, West London.

“When they went to work, they’d take the keys and lock all the bedrooms. If I went out, I wouldn’t have been able to come back,” he said.
“I didn’t have anywhere else to go. I didn’t want to sleep on the streets. It was very tough on my mental state. Nobody was there to help me. I even thought about suicide.”

“I’m still in touch with my family back home. They’re so happy all this is over,” he said.
“I haven’t seen them since I came to the UK, but I’m hoping to see them in maybe two years time. I want to get myself together first.

“I have a lot of plans now. I want to go to university but I’m not sure what I’ll study. I’m keeping my options open.
“Now, I pay my own rent. I’m not living on government help. I work and pay my taxes.

“It’s been hard to adjust. I’m used to being on my own, so I find it difficult to have close friends. I tend to spend a lot of time inside my house. I don’t know why.
“I’m responsible for myself now, where before I was always told what to do.

“I haven’t told many people in my new life about what’s happened. I want to leave it behind me and move on.”
When asked what he would say to other slavery victims out there who may be suffering in silence, Mr Inuk said:

“Report it. There are people to help you.
“I want to thank Hope for Justice as well as my lawyer Caroline Carberry and investigating officers Steve Taylor and Andy Nolan of the Metropolitan police.

“I wish I had known about Hope for Justice years ago. Maybe then I’d have been out of the house a long time ago.

“It was just by luck I was listening to the radio that morning.

Wickedness of the highest order…