A granny identified as Kuburat Ayinde escaped death on Friday after she was caught carrying a 4-week old baby.

Upon discovering that the child strapped to her back was dead, a mob beat the elderly woman to stupor. 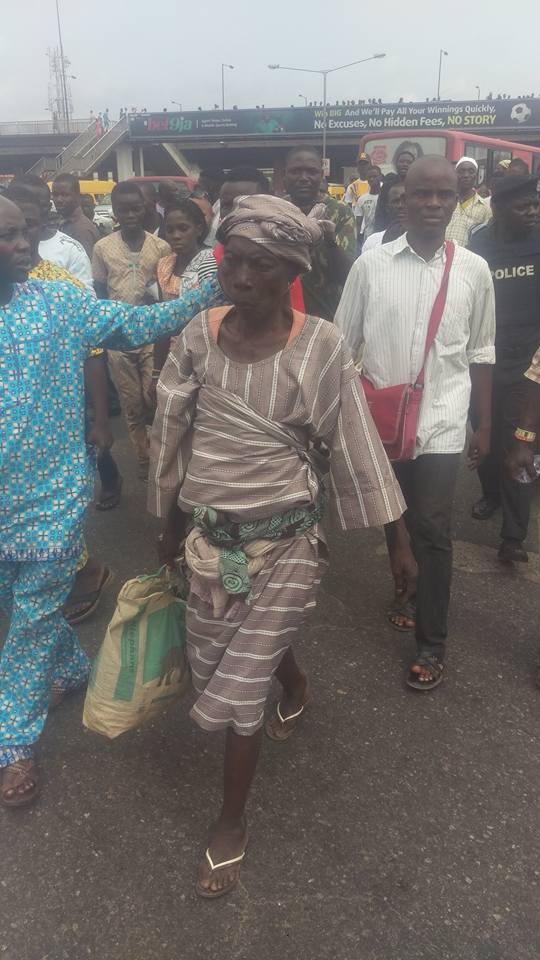 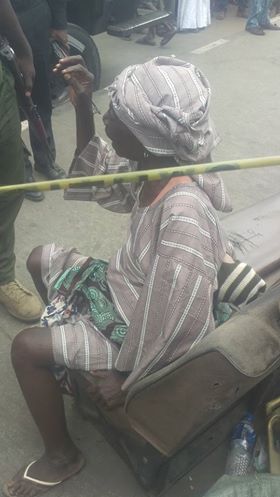 Police rescued her just as they were about lynching her.

Oshodi Police detectives said the woman has been interrogated.

She confessed that the baby was her grandchild and that she was taking the child to the hospital when she was caught.

The suspect added that the mother of baby was mentally unstable.

She was let go today after the child’s mother and other family members came to the station to confirm her story.

Sad!!! After all the pain and embarrassment.