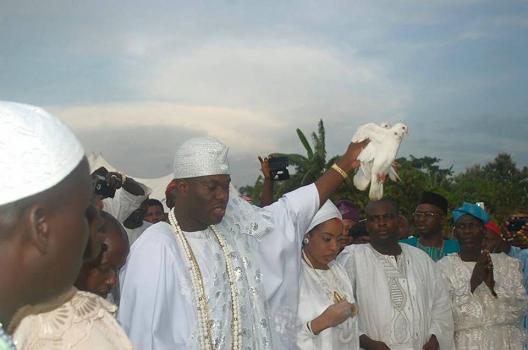 Oba Adeyeye Ogunwusi and his wife were recently spotted offering sacrifice to Olokun goddess at her shrine in Ile Ife.

The event held on Olokun street, Oke Atan area of the ancient city yesterday Sunday the 1st of May 2016.

Olokun traditional festival is an annual function where monarch make veneration to the goddess of the ocean at the shrine.

Olokun goddess is believed to have lived physically and spiritually as a wealthy wife of Oduduwa. Check out more photos 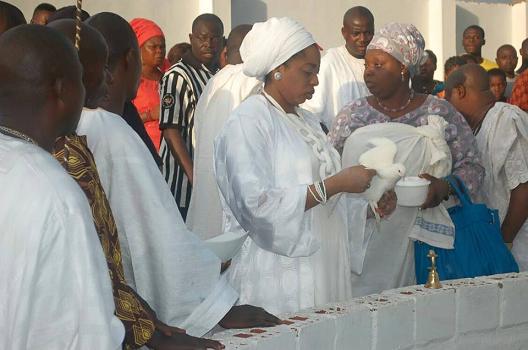 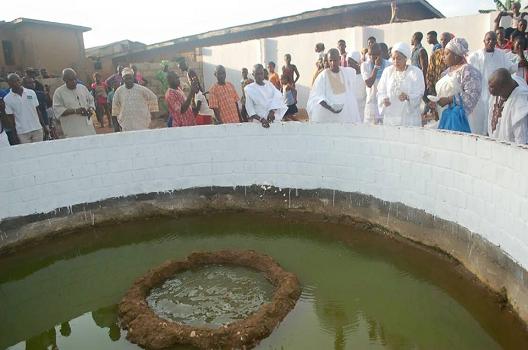 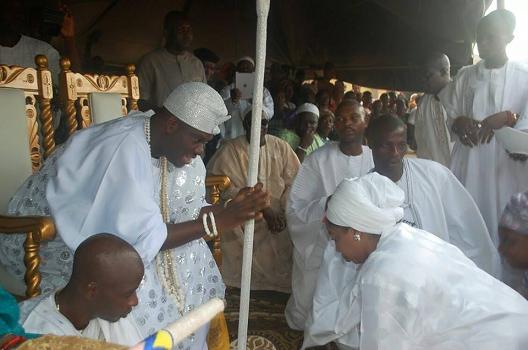 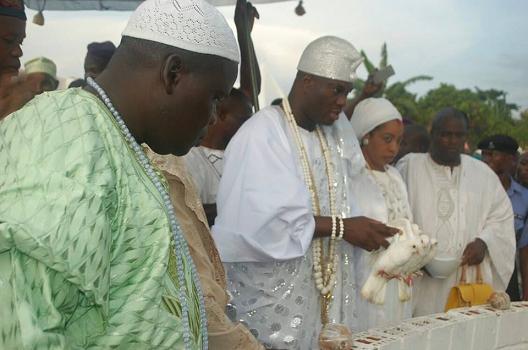 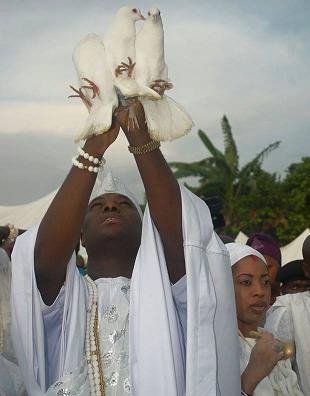 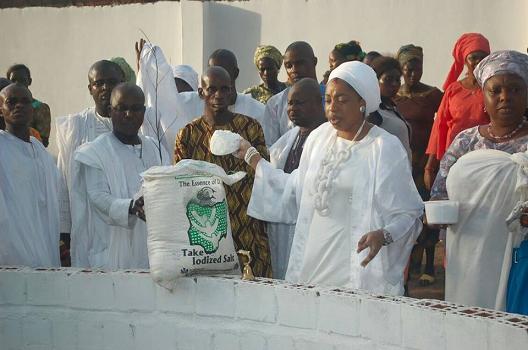