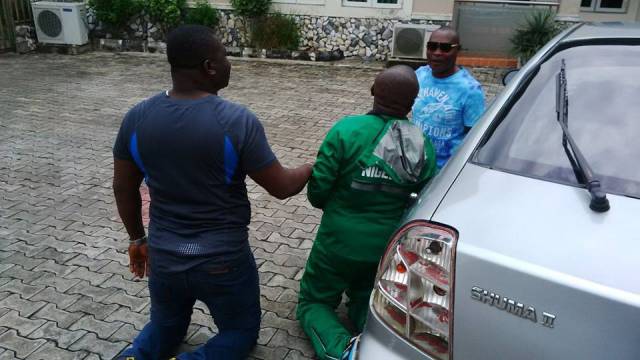 Pictured above is a popular Honourable kneeling down for Delta State House of Assembly speaker Hon Igbuya recently during a visit to his house in Sapele. 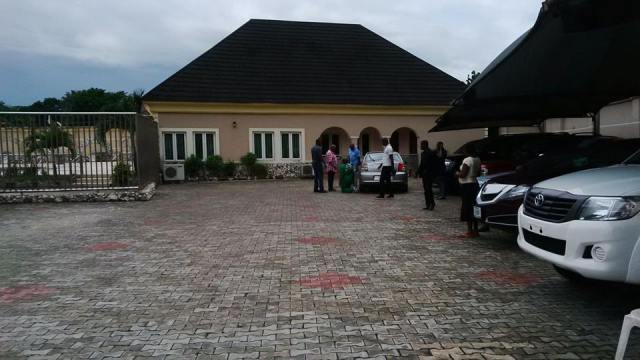 Hon Ejaife Odebala, who served twice as Member of Delta State House of Assembly during James Ibori’s time is the current chairman of Sapele LC.

These pictures were snapped by Igbuya’s domestic servants.

Though is still unclear why such a man will descend so low, but many believe he needs political favour from Senator Igbuya. 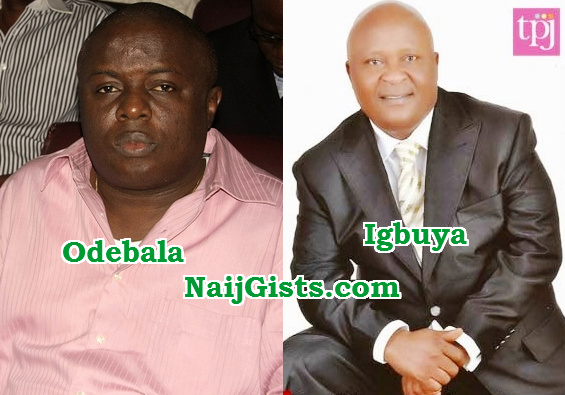 Hon Odebala took to Facebook few hours ago to defend himself 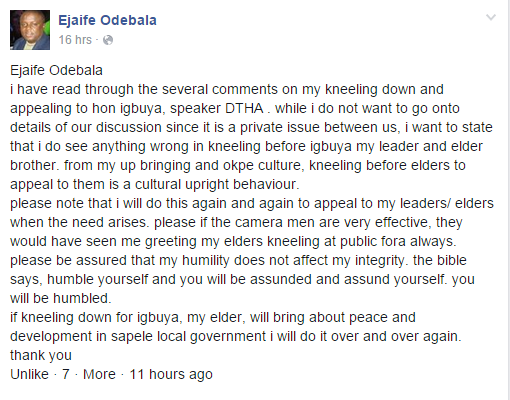 Humble yourself and kneel down like a kid????? This man must be joking, he even dragged bible into politics….Naija moniticians…. una dey try.