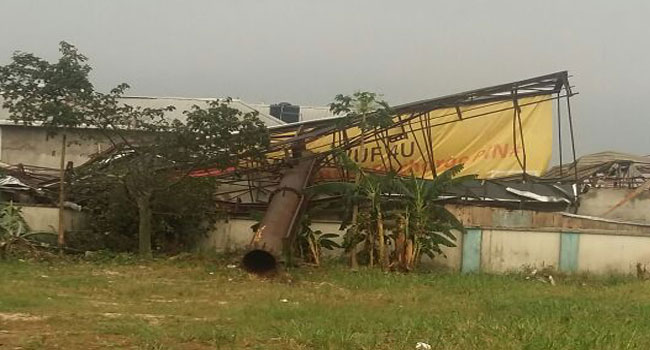 See photos of the aftermath of the heavy rainfall accompanied by thunderstorm which ravaged Port Harcourt on Monday.

The first rainfall of the year destroyed  25 billboards and 7 telecom masts in the Garden City. 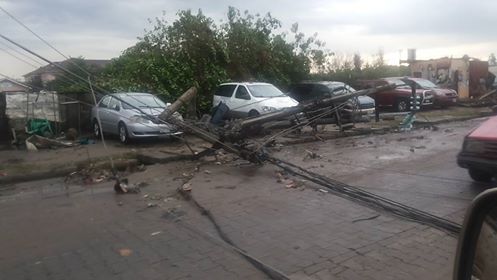 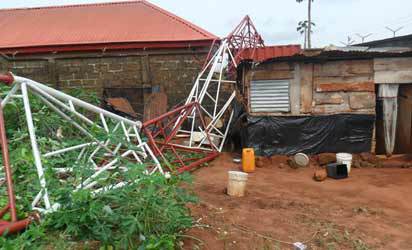 Some of the billboards fell on homes and buildings.

At a primary school in the area, a 16-year-old boy died instantly after a telecom mast fell on him.

Two other people reportedly died after the masts fell on their homes.