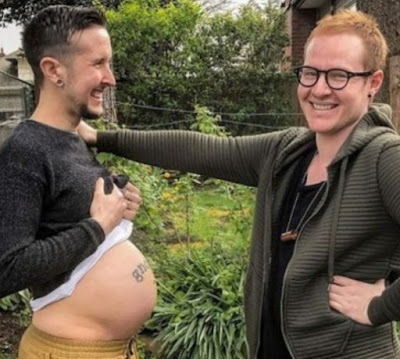 A transgender man living in Portland, Oregon,Trystan Reese has given birth to a boy with his partner of seven years, Biff Chaplow. Their son, Leo Murray Chaplow, was born July 14. 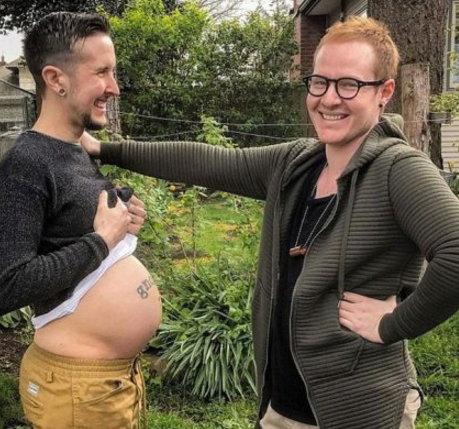 Trystan Reese, 34, was born a girl — but despite beginning hormone therapy a decade ago, he has kept his ‘original parts’, enabling him to get pregnant. 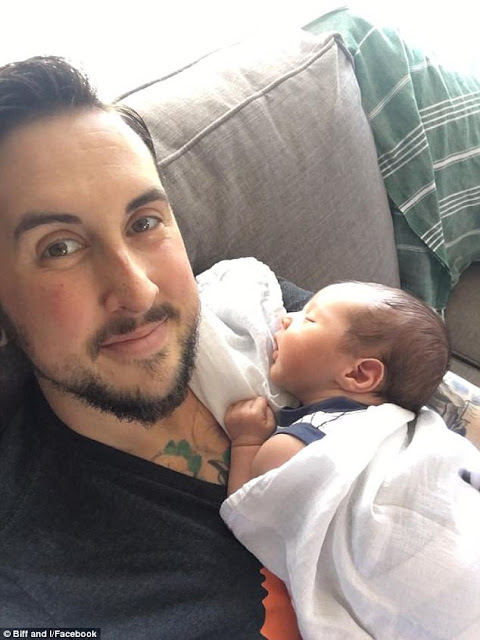 Now, after experiencing the heartbreak of a miscarriage last year, he and his husband Biff Chaplow have finally welcomed their first biological child into the world, a baby boy named Leo. 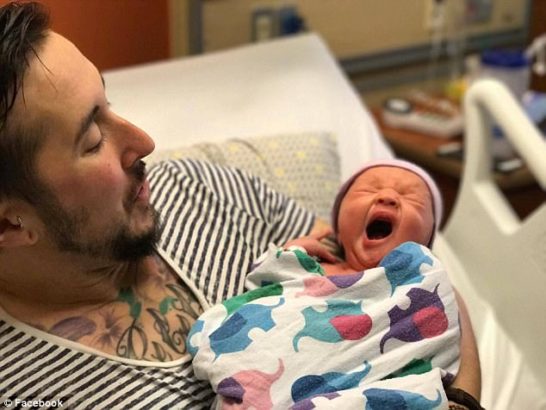 The Portland couple shared their elation over the news with several news outlets, with Trystan telling WGN9 he was ‘overjoyed’ and ‘elated’.

Leo already has two older siblings, a brother and sister, whom Trystan and Reese adopted after Biff’s sister was found unfit to be their guardian — but when they first got together, it didn’t occur to them they’d have biological children