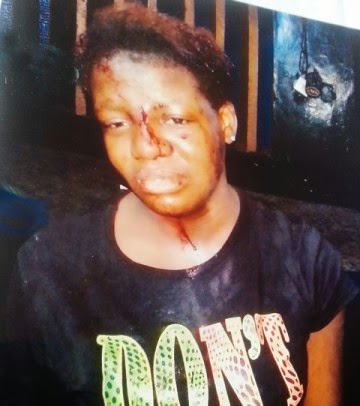 A pregnant woman in the Ajegunle area of Lagos State, Gift Wa­hab, accused of kill­ing her husband, John Amazu, has been remanded in prison custody by a Magistrate Court sitting in Ebute-Metta, Lagos. 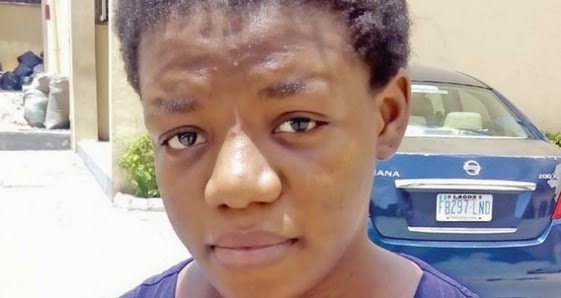 Wahab was alleged to have end­ed the life of Amazu about 10pm on Thursday, March 19, 2015 by stabbing him in the neck during a scuffle over N100 meant for pur­chase of food.

Until the unfortunate incident, 28-year-old Amazu, an Ijaw man and indigene of Delta State resided with Wahab, 20, a native of Ishan, Edo State at 24 Fasasi Street, Aje­gunle, Lagos.

Recalling what happened that night, Wahab said: “It happened around 10pm, and I could not even see clearly the severity of the wound he sustained. If only I had known it was going to result to this, I would have left the house for him that night.”

“We both went out that night and before we left, he had taken some alcohol. On our way back, I asked him to give me the key to the house so I could go home fast and rest be­cause I was seriously tired, but he refused. I asked why, and he said because he was very hungry and had no money on him. I told him that we would manage the only N100 I had with me for the night and look up to God on how to sur­vive the next day. He just turned it into something else and said I should never dare talk about that again. The next minute, he started beating me and stabbed me in the nose with an object I still don’t know and ran away, leaving me bleeding and in pain.

“A man who saw me by the road­side gave me his handkerchief to press on my nose to stop the bleed­ing because it was much. The man advised me to go home and possi­bly use a hammer or any metal to break the lock.

“That same night, when he came back, he began beating me again. I am a woman and I don’t have the power to fight him. At a point, I don’t know when I got a knife and stabbed him with it.”

When Sunday Sun inquired whether they had any quarrel pre­viously, Wahab acknowledged that they had a long history of bickering and fighting. She said: “We always fought to the extent that the land­lord once warned that if we ever fight again, he would give us quit notice. From that day, we tried to keep our quarrels as quiet as pos­sible. We just resorted to merely insulting each other in the room so that the landlord won’t find out. I never knew when I stabbed him. He saw me holding the kitchen knife and when I unconsciously stabbed him, he did not give up immediate­ly. It was when I raised the alarm that he crawled beside a gutter and died there.”

Typical of people in high density areas like Ajegunle, people within the neighbourhood quickly turned into mob and gave the pregnant woman a good beating, not minding her condition. Sunday Sun gath­ered that Amazu and Wahab were not legally married, but merely co-habited. The couple earlier had a child that died soon after delivery. At the time, Wahab was living with Amazu in his family house until he secured his own accommodation.

According to investigations, Wahab is the first child of the six daughters of her mother, who is still alive and living with other family members in Ajegunle.

Looking back, she is filled with concern for the baby growing in her womb and disturbed by the prospect of giving birth to the child while still in prison custody. As she revealed to Sunday Sun, it had never crossed her mind to hurt her spouse all this while they lived to­gether as couple despite his habit of bullying her.

Until his death, Amazu was without a job, having lost his last employment with an oil company. On how she thinks Amazu’s family could do in the light of the circum­stances, Wahab said: “I learnt that his family said they don’t want to make any case but I don’t know what is happening right now.”