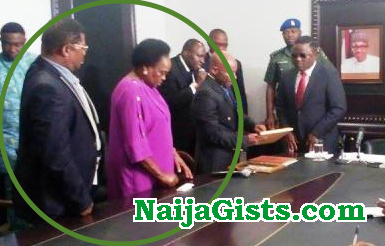 The Consul-General of Equatorial Guinea in Nigeria, Juan Mbomio, and his wife, Maria, escaped death by a whisker after running into a gang of armed robbers at the boundary between Rivers and Akwa Ibom states.

The duo, who are recuperating from injuries sustained in the encounter, were on their way from Port Harcourt, Rivers State, to Calabar in Cross River State, when the incident happened at about 8pm on Monday.

The consul-general’s Toyota Prado was sprayed with bullets, some of which pierced his neck and chest, while the wife sustained bullet injuries in her left knee. 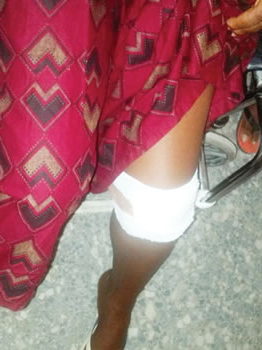 A family friend, Nkoyo Richard, told PUNCH Metro on Thursday that the driver, Isaac Eyup, and a consular attaché, Innocencio Ngomo, as well as an unidentified police escort, were in the vehicle when the incident happened.

Richard said the consul-general and his wife were recuperating at the University of Calabar Teaching Hospital after the bullets were removed from their bodies.

He said, “The incident happened between 7.45pm and 8pm on Monday, October 10, at the area between Rivers and Akwa Ibom states. The robbers started shooting as soon as they sighted the Jeep. The vehicle was riddled with bullets.

“The bullets touched the consul-general and his wife. He was injured in the neck and chest, while the wife was injured in the left knee. The robbers forced the vehicle to stop and dispossessed the couple of their belongings, including money and phones.

“The robbers later fled and left the consul-general, his wife and others stranded because the tyres of the vehicle were punctured.

“The consul-general and those with him managed to find their way to Calabar that night. They got to Calabar at about 12 midnight and immediately went to a hospital.”