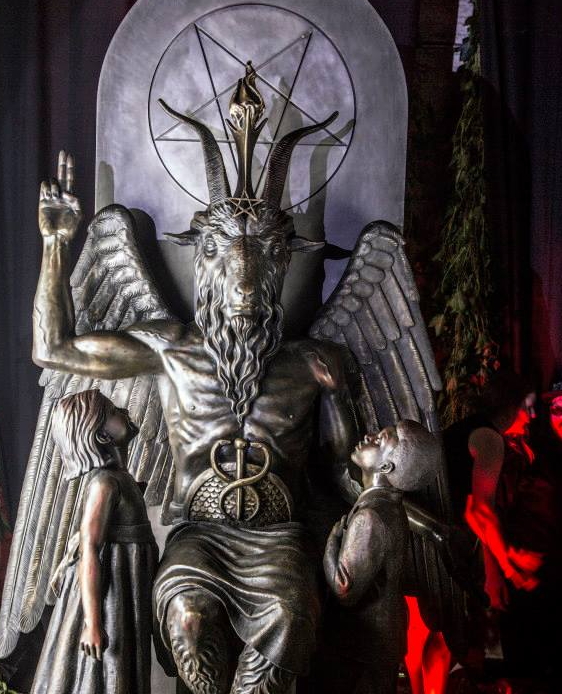 A very ugly looking golden sculpture of a monster with two horns, and wings has been unveiled in the city of Detroit Michigan.

After a failed attempt to install a satanic 10 commandment monument in Oklahoma, a group of satanists have successfully carved a golden sculpture of Baphomet in Detroit unchallenged.

The ugly satanic sculpture with a man’s body and a goat’s head has beside it a young girl and boy who pose in adoration on both sides.

While unveiling the sculpture of the horrible beast, Satanists cheered:”Hail Satan” as many fanatics rushed to the scene to snap photos with it.

The successful installation of this satanic sculpture has sparked outrage among Christians in Detroit.

Christian protesters took to the streets of Detroit, shouting Blood of Jesus to denounce the occultic symbol that has just been installed in a secret location in the city.

The location of the winged Baphomet sculpture was unveiled at the last moment to Satanists and supporters who bought ticket to witness the unveiling ceremony that held at an industrial complex near Detroit River on Saturday the 25th of July 2015. 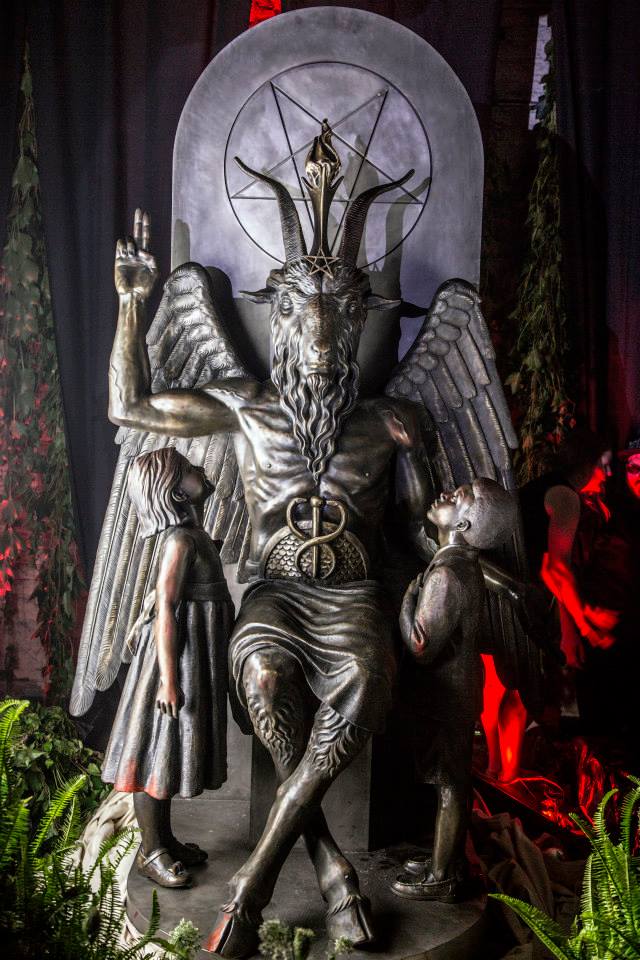 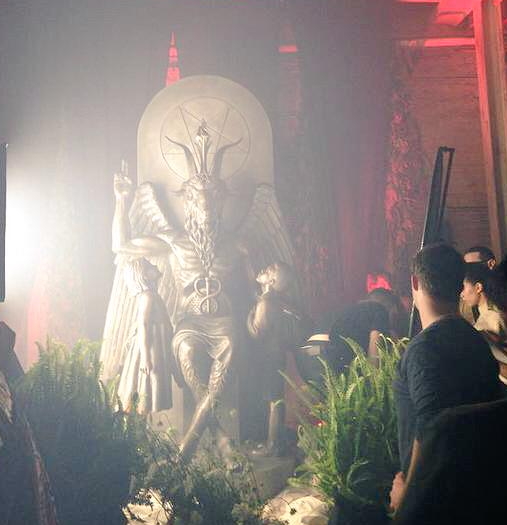 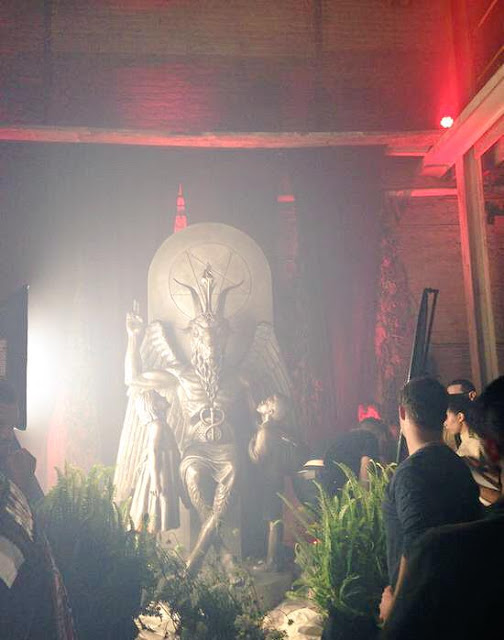 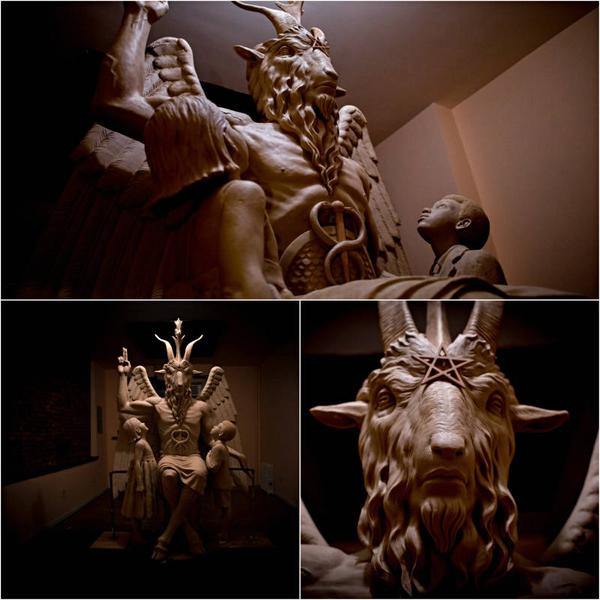 Pentecostal Christians protesting and praying on the streets of Detroit. 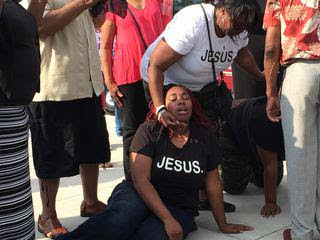 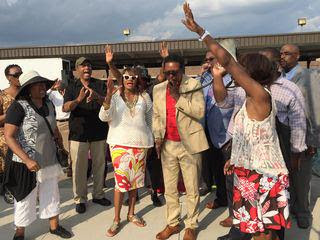 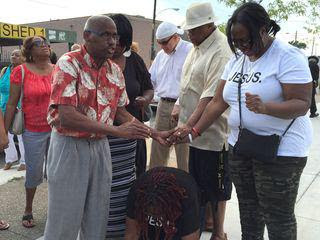