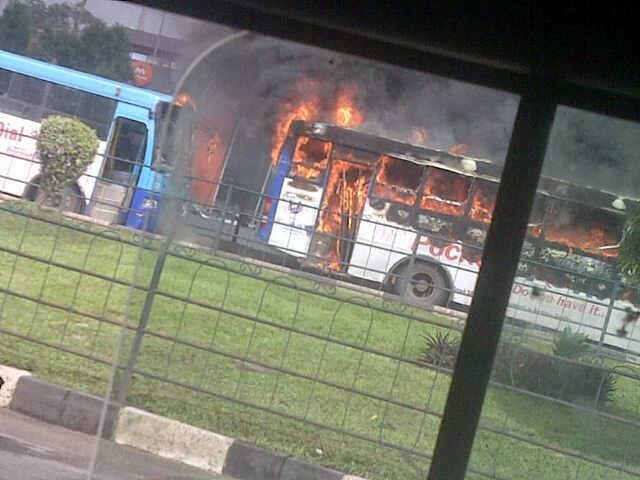 Angry soldiers today went on rampage to protest the death of their colleagues in Palmgroove area of Ikorodu Lagos.

The irate soldiers set 8 BRT-LAG buses on fire before moving on to attack innocent civilians.

According to eyewitnesses, 2 soldiers riding on BRT lane were struck by a LAGBUS around 9am on Friday. The incident left one of them dead with the other slightly injured.

The injured soldier was said to have rushed to a nearby barracks to mobile his colleagues to the scene of the accident.

Immediately the soldiers arrived, they swung into action, taking laws into their hands and vandalising all the Rapid Transit Buses in sight.

They sent passengers and bus drivers scampering for safety as they unleashed their anger on the buses and spread panic around the area. A female soldier was captured on camera smashing the windshield of one of the buses.

The chaos and pandemonium led to traffic snarls with commuter bus drivers turning back or increasing their fares. 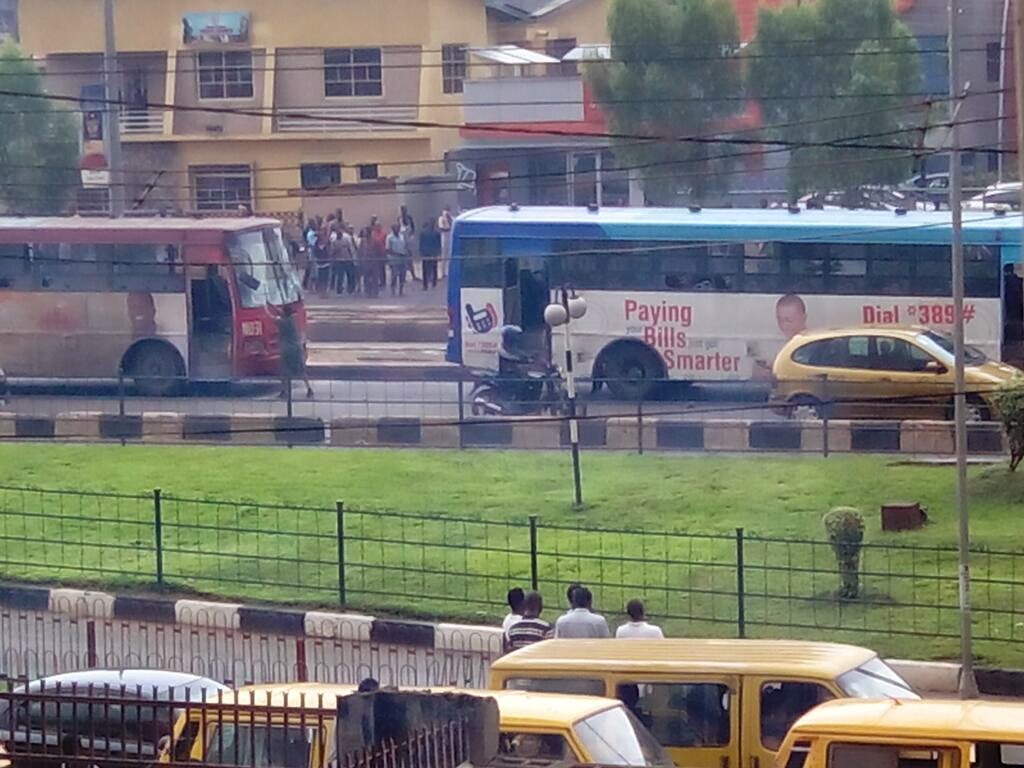 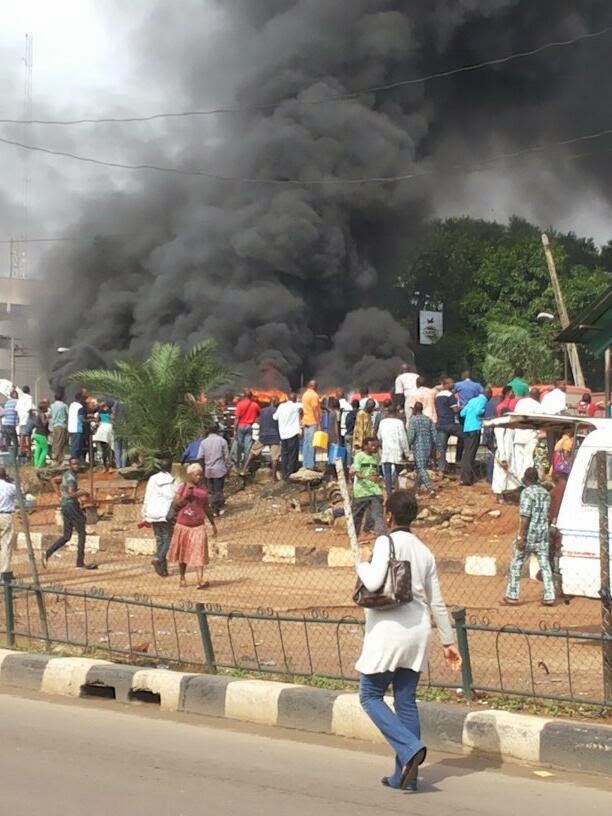 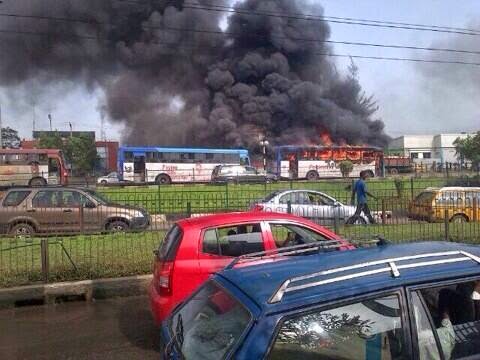 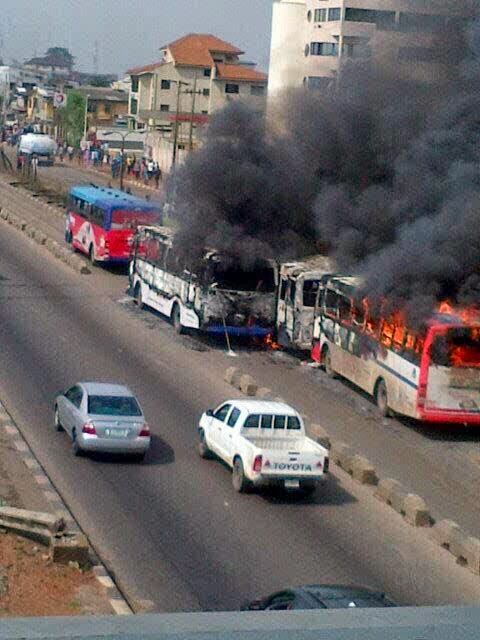 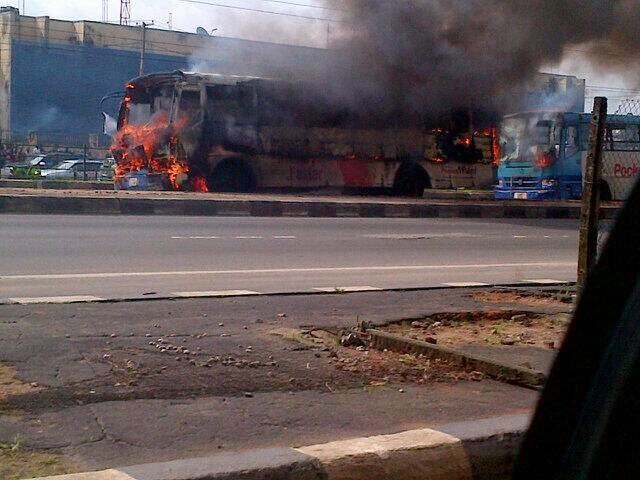 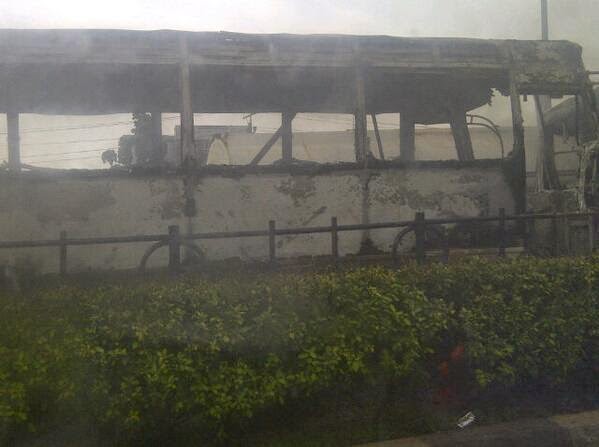 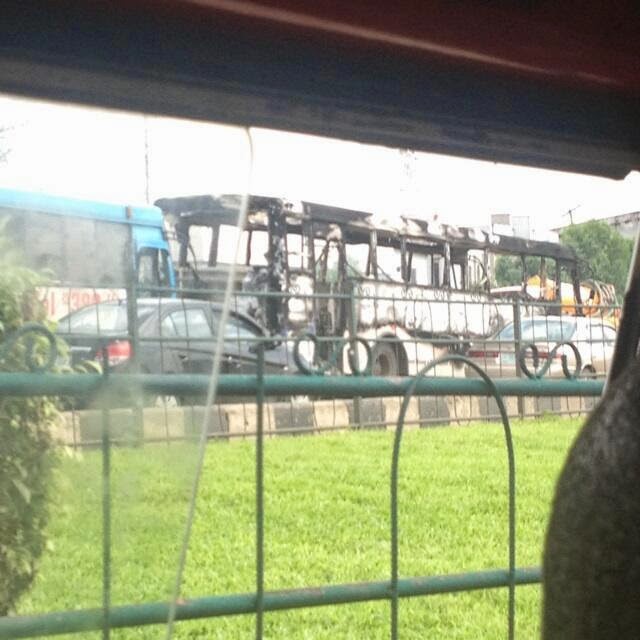 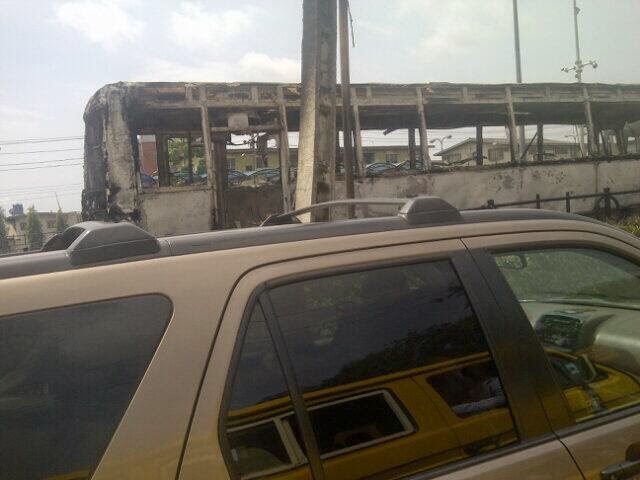 Must they destroy government properties for their own error. BRT Lane is restricted to BRT & LAGBus so what are they doing there.

These soldiers self their wahala too much.

May the soul of the deceased soldier rest in peace.