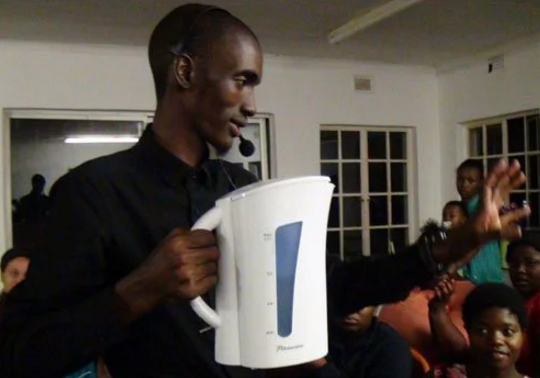 In a bid to demonstrate the power of faith during one of his church services, the founder of ‘Thy Word Kingdom Harvest Ministries’ poured boiling water on his church members.

Apostle Sambulo who has been making headlines for wrong reasons lately told his followers that with faith they can do anything even when it is dangerous.

To demonstrate his preaching, he brought out a kettle filled with boiling water and poured it on those who volunteered. He then hugged the bottle on his chest.

At a point the congregation was in shock, as they shouted:

‘NO!’ Some couldn’t even look.

“He then asked: ‘Who has faith here?’ One by one, people came and did what the apostle did, and were not hurt. He re-boiled the water… as he did…one young woman came to him and said; ‘Papa I have faith, pour it on my hand as hot as it is.’ ...See photos 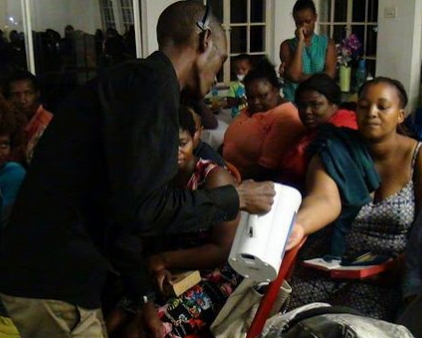 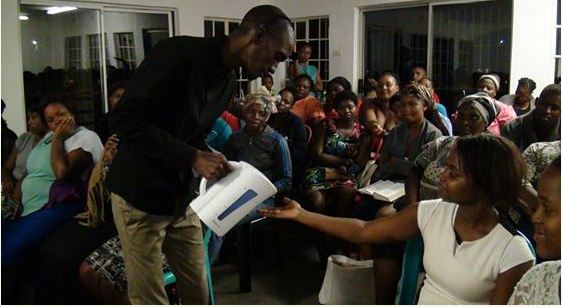 Another Prophet Penuel in the making.

This new publicity drama is just unfolding. We hope he wont end up like Penuel.