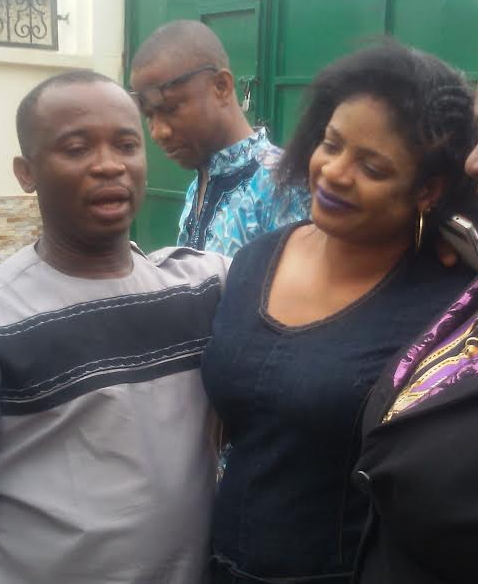 Toyin Nwosu, the abducted wife of Steve Nwosu, the Deputy MD of The Sun is now a free woman.

She was dropped up by her kidnappers around 2am this morning in Amuwo Odofin.

Her abductors told police she had been dropped 24 hours after they demanded for 100 million.

The victim said the blood clot on her right eye was caused by the leaves in the bush where her abductors kept her. 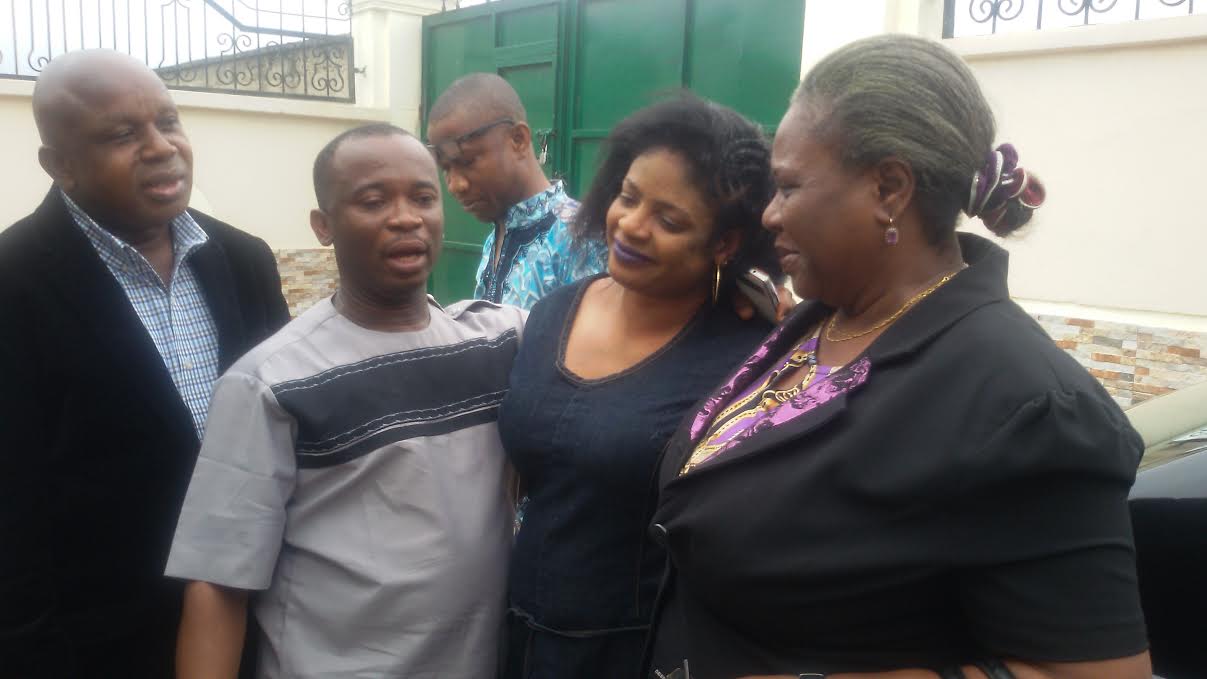 She was full of life and energy but behind that smile was a clear evidence of trauma.

Though a source who was among those who went to greet her around 10:51 this morning said ransom was paid but it was not declared how much her abductors took before releasing her to her family.