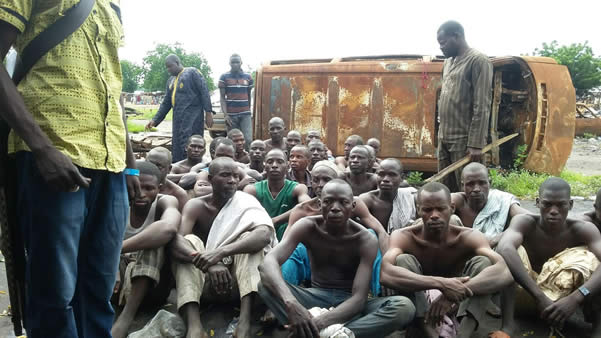 At least 33 men caught with food items suspected to belong to Boko Haram sect have been arrested by the military.

The men were caught by vigilant troops during their intensive patrols on Damboa axis, very close to Azir Wajiroko road in Borno state on Wednesday.

All the suspects who hailed from Borno state claimed they are traders. They however denied buying food items for the insurgents.

Colonel Usman Kukasheka said interrogation is ongoing to unravel the level of involvement of the suspects.

See photos of the food items seized after the arrest yesterday. 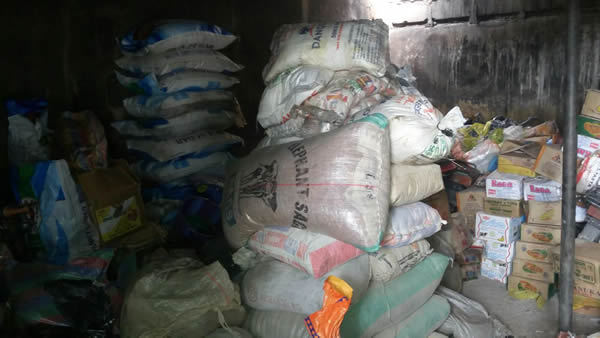 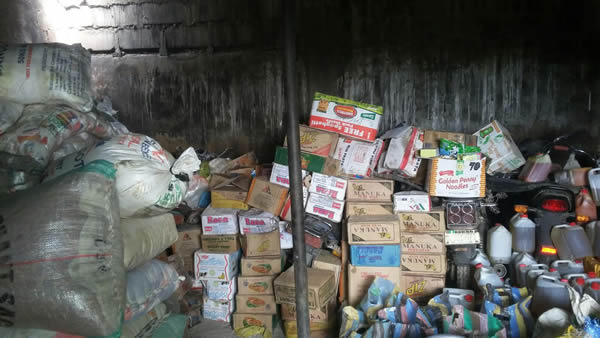 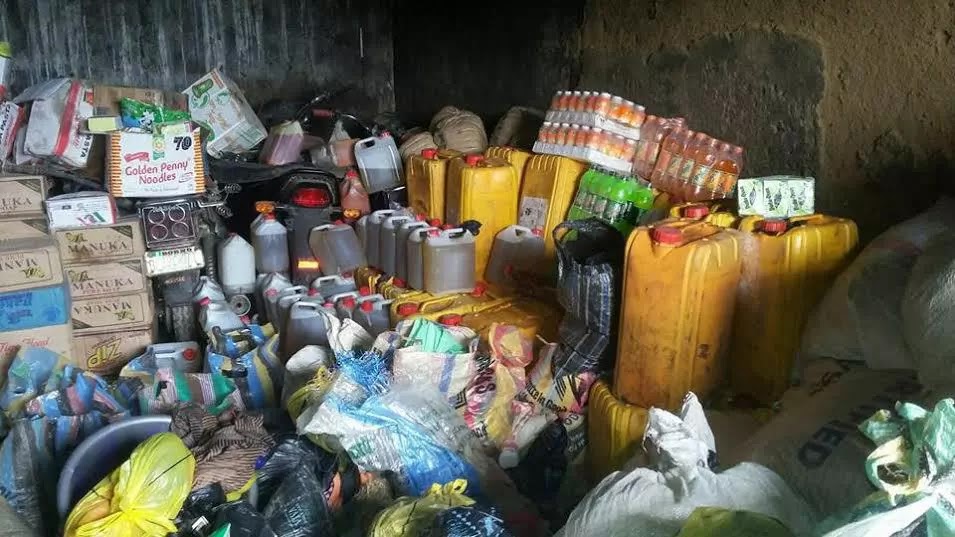