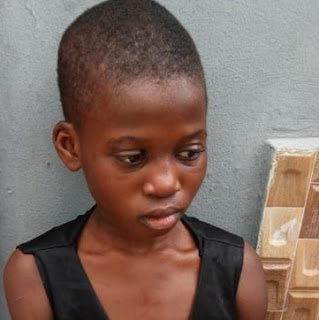 For allegedly battering a 9-year-old house girl, Favour Chiamaka, a couple, Valentine and Stella Anyakaora have been arrested at their home in Ijegun area of Lagos.

Favour Chimaka who was sent on an errand yesterday was rescued by a Good Samaritan who spotted her decaying finger.

After Chiamaka who was brought to Lagos from the east narrated her ordeal, the man concluded that she was being maltreated.

Mr Iyke Nzelibe who shared these photos on Facebook yesterday said an Human Rights group was contacted before police from Satellite Division in Ijegun raided the home of the couple. 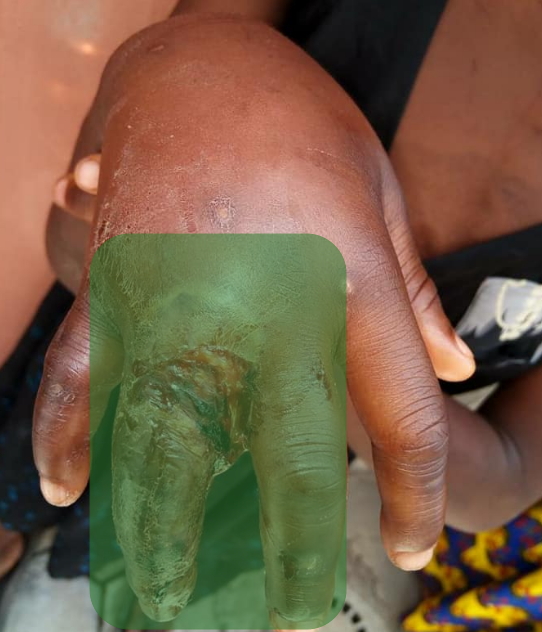 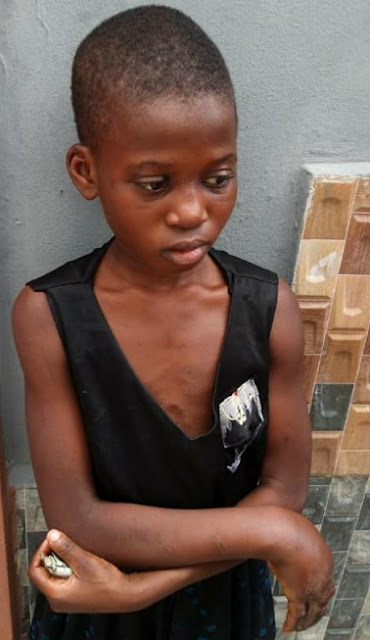 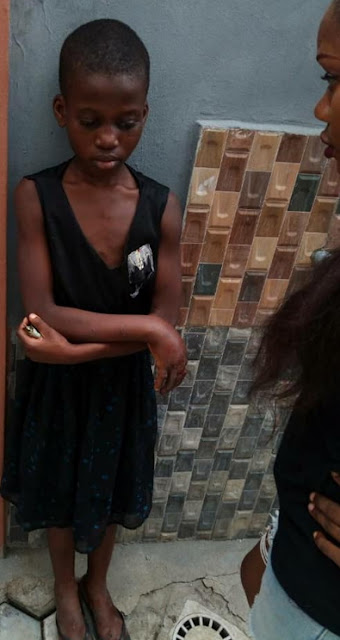 Police spokesman, Chike Oti said the couple will soon be charged the court.