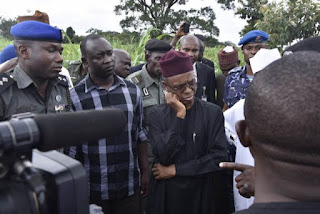 9 reportedly died on Monday in a clash between Christian and Muslim youths in Kasuwan Magani, Kajuru Local Government Area of Kaduna State.

Many were injured and several houses razed.

There are conflicting reports on the cause of the crisis.

But an eyewitness said a Christian girl was abducted, and taken to the home of the Sarkin Kasuwan Magani.

Another version said Christian youths beat up their girls, who they suspect of dating Hausa Muslims.

A source, Musa Auta, however, said that a Christian girl was beaten up by some Christian boys.

He said the police, who responded to her mother’s report, were chased away and prevented from making arrests.

Another witness, Ahmadu Dogo, said that attempts by Christian and Muslim youths to stop their girls from dating from either religion was the major cause of the violence.

He said that nine persons died; many were injured and property burnt.

A Christian youth also resident in the area who did not want his name in print, alleged that Muslims were abducting Christian girls and converting them to Islam, and that was what the crisis was all about.

The development forced residents, especially women and children, to flee to safety; motorists were stranded for hours. 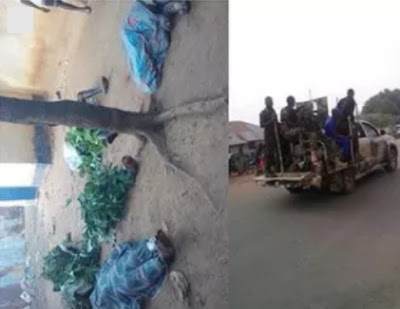 The Sole Administrator of Kajuru council, Aminu Rabiu, said: “Disagreement among the Christian and Muslim youths led to loss of lives, properties and peace. However, the quick response of the security agencies helped in restoring normalcy.

“We have already evacuated the injured to the hospital and they are responding to treatment.”

Rabiu appealed to residents to embrace the culture of living in peace and harmony.

Governor Nasir El-Rufai has ordered that culprits be arrested and prosecuted.

A statement by his media aide, Samuel Aruwan, condemned the violence and regrets the destruction of lives.

The statement reads: “The government has directed the State Emergency Management Agency (SEMA) to take inventory of damages and provide relief materials.

“Security forces have been deployed to contain the situation, protect life and property, and prevent any further breakdown of law and order”.

Police spokesman Aliyu Mukhtar confirmed the incident but did not give a casualty figure.

He said the situation had been brought under control and the police was assessing the damage.