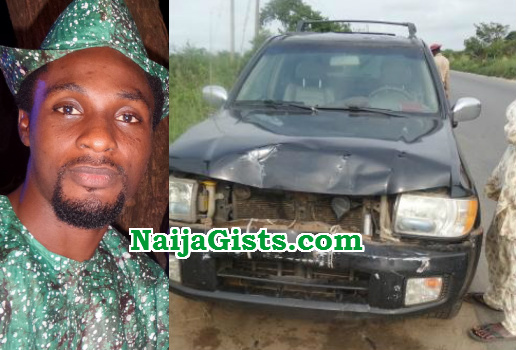 Tinsel actor Niyi Johnson is one of the lucky survivors of an armed robbery attack that happened on the popular Lagos Ibadan expressway over the weekend.

The controversial actor was fleeing the scene of a robbery attack when he lost control of his vehicle while heading to Lagos from Ibadan for a new movie by Antar Laniyan on Saturday the 19th of September 2015.

A close to the troubled actor said he has become a shadow of himself since Toyin Aimakhu caught him in adultery and has become emotionally unstable.

The actor briefly narrated his ordeal yesterday on the social media.

“To GOD be the glory…. into ur hands Oh lord I commit my life…. inches away from death at gun point…. I choose to be quiet and thankful….” – Niyi said on IG

See another photo from the lone crash below 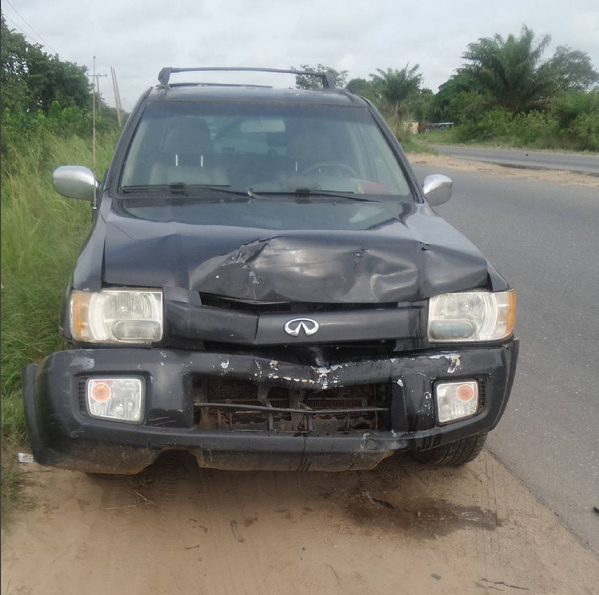