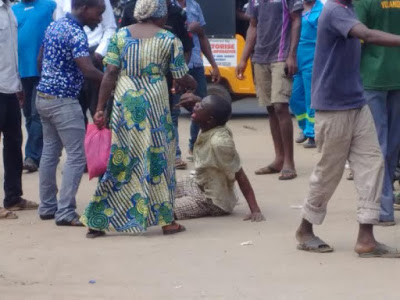 2 young men got the beatings of their lives after a angry crowd descended on them in Agege in the early hours of today, Wednesday November 25 2015.

A man accused them of trying to rob his wife during rush hour before a group of people descended on them.

His claim was not verified before the two men were beaten to stupor.

They were attempting to burn them alive when a social media user who snapped these pictures ran to a police station nearby. 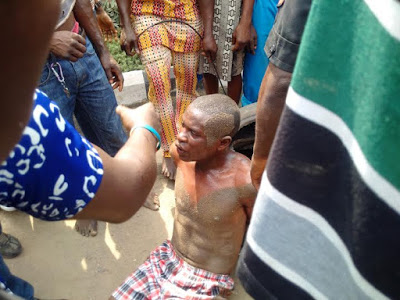 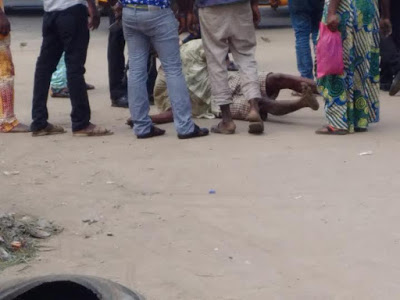 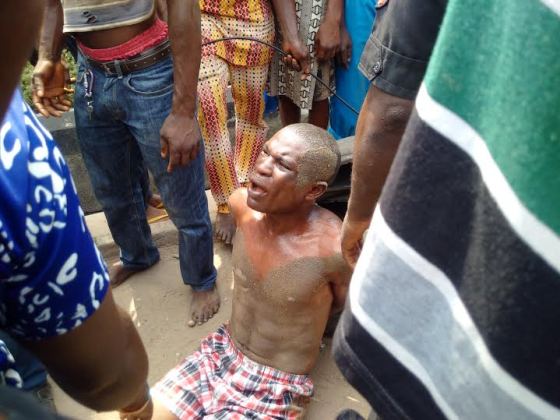 Which kind jungle justice is this??