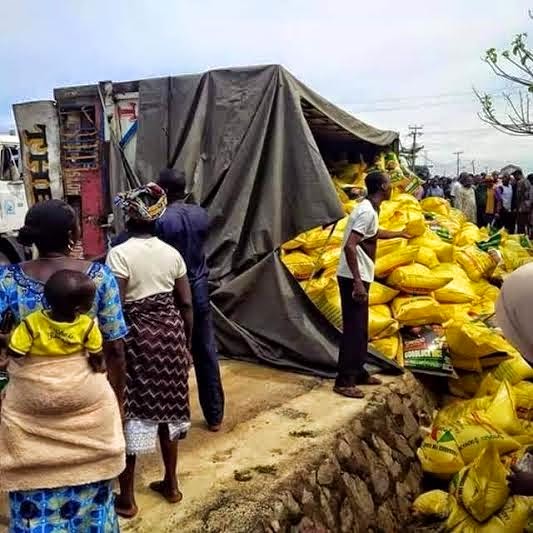 A young driver taking some campaign rice to an election location in Osun State has been involved in a serious road accident.

According to sources who captured these photos, the fully-loaded trailer conveying big bags of campaign rice with clear photographs of President Jonathan and Sambo lost control while trying to maneuver a sharp corner and fell .

See photos from the accident scene below: 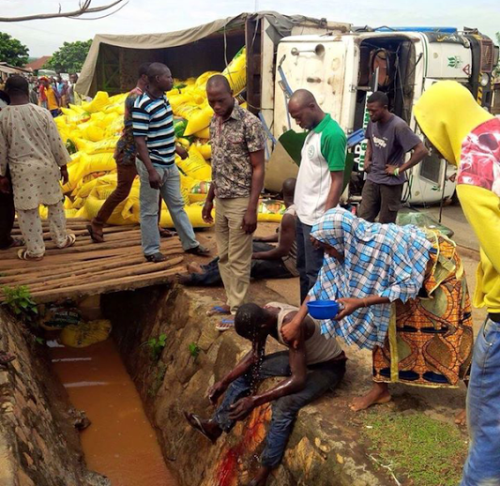 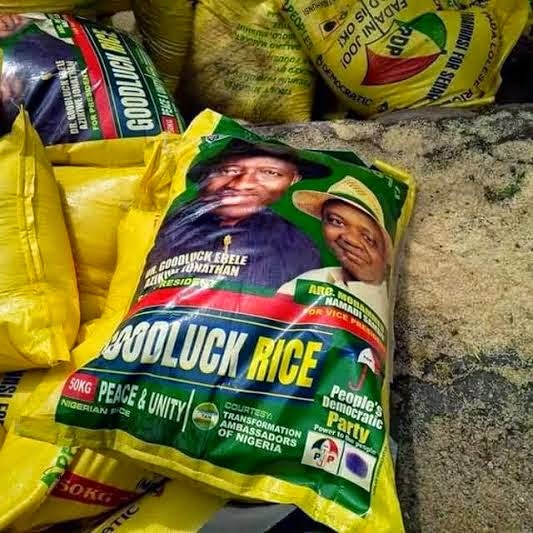 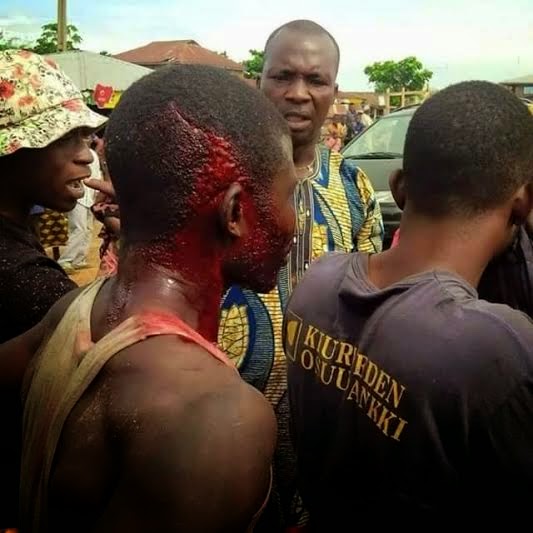 It is only in Nigeria that money and food stuffs are allowed to be shared publicly at poll stations to lure gullible people to vote for corrupt politicians.

This is the height of corruption known to man.

Whether nah APC or PDP, sharing bags of rice to collect votes is CORRUPTION and must be stopped.