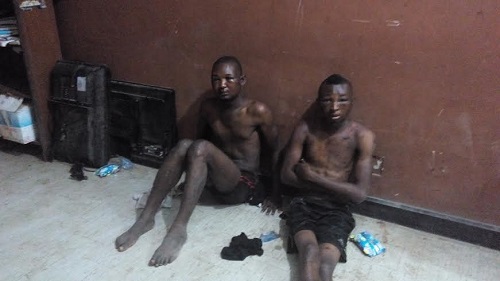 Two students of the University of Benin are currently in Police detention in Ile Ife Osun State following an alleged burglary at a male hostel in Obafemi Awolowo University on Saturday the 14th of November 2015.

The suspect identified as Temitope Ogunusi and Okojie Ogbe came all the way from Benin to OAU where they were alleged to have stolen ten laptops, forty trendy mobile phones and other items.

According to OAU Students Union CSO, Okojie succeeded in stealing some items before calling his accomplice on phone. He was heard saying  ‘guy e be like say plenty market dey for this side’.

They were beaten to a stupor before police came to their rescue. 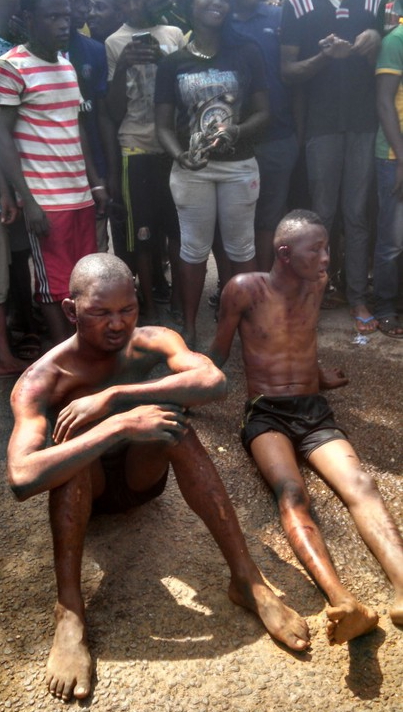 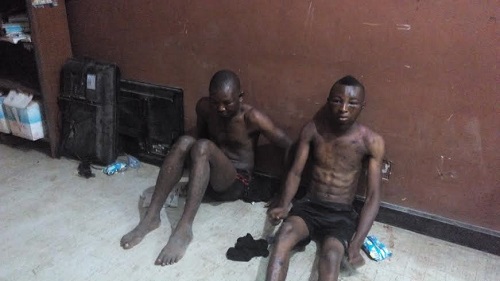 Fayose Calls Buhari A Military Dictator Like Obasanjo
Tonto Dikeh Opens Up On Pregnancy, Plans To Have 2 Kids For Husband