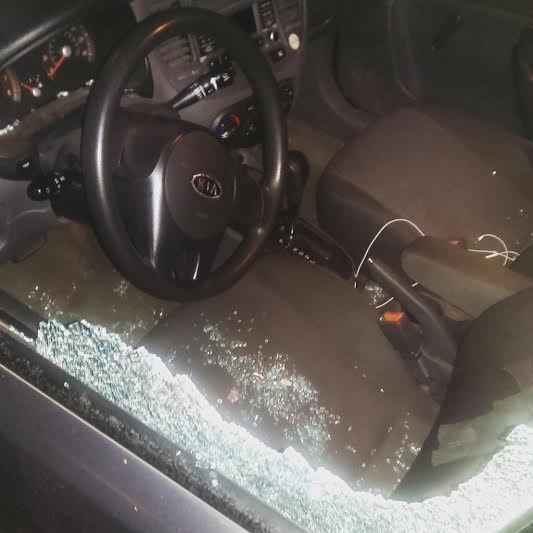 The 3 robbery suspects shattered her car window around 11:30pm in a stand still traffic but God saved her. She escaped while blowing her horn repeatedly to scare the robbers away.

Here are some photos from the attack 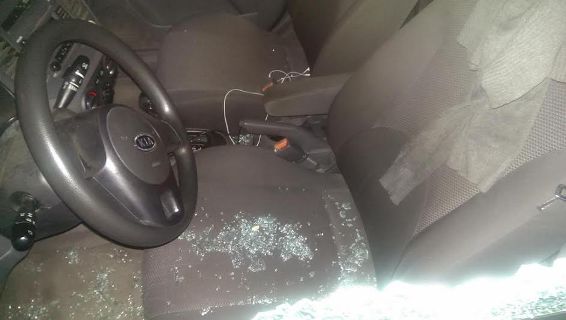 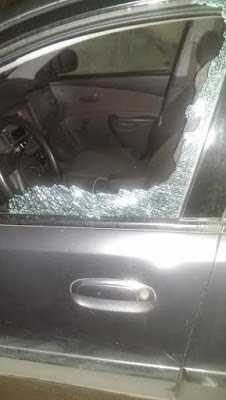 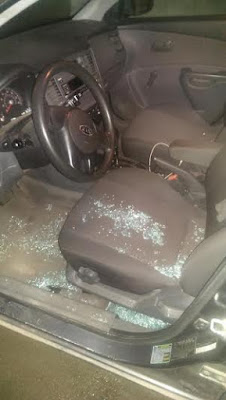 Another man was robbed on Eko bridge last night around 8pm. The victim, a family man said the robbery took only five minutes. The hoodlums armed with guns broke his window, snatched 3 phones and bag with valuables and money inside. His daughter and wife were left dumbfounded.

See photo from the robbery 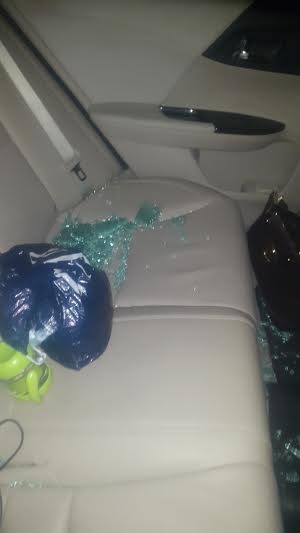 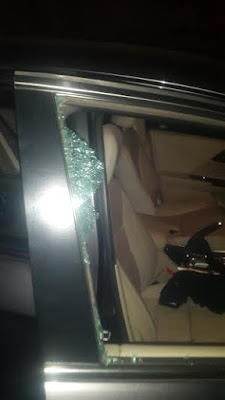 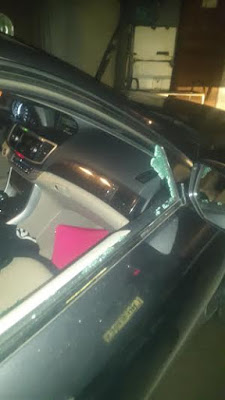 The Lagos State government should do something urgently to curb this traffic robbery menace before it goes out of hand.