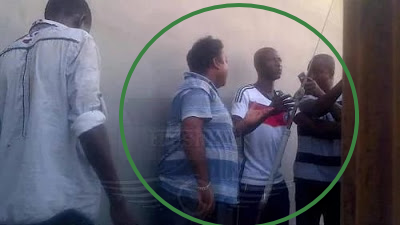 A viral video of an Indian man who was arrested this past Saturday October 31st, 2015 in Satellite town Lagos has emerged.

According to eyewitnesses, an Okada rider picked up the Indian after he came down from a bus heading to Mile 2. He told the Okada man to take him to his destination and they agreed on a fee.

But before getting to his destination, he told the Okada man that he had arrived his destination and paid the man twice what they initially agreed on. 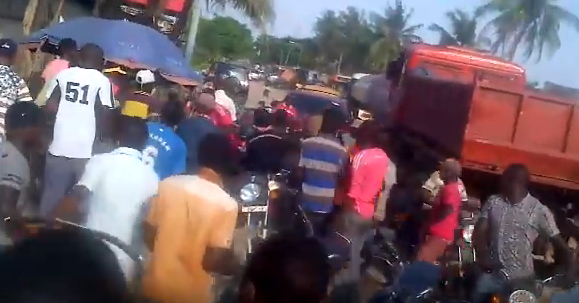 Just after being paid by the Indian man, the biker said he realised his private part was missing, and raised alarm which attracted other bike riders who apprehended the man.

Sadly, the bikers beat the man to a stupor without confirming the allegations.

How are we sure he caused the “thing” to disappear. Na wa ooo