Early Thursday morning, APC members in the National House of Representatives were prevented from entering the National Assembly complex in Abuja.

They were stopped by SSS and police officials from entering the complex after receiving order from President Goodluck Jonathan.

Over 1000 soldiers, policemen and State Security Services personnel were deployed to seal the entrance of the National Assembly today.

House Speaker Aminu Tambuwal was prevented from entering the building. While he was trying to manoeuvre his way, he was sent back by policemen who allegedly teargassed him.

Over 10 APC members had to scale the gates to enter the national assembly to join their PDP colleagues who were freely allowed into the complex.

The chaos forced Senate President David Mark to shut down the National Assembly till next Tuesday.

Watch a video of APC lawmakers jumping the fence below:

See photos of APC lawmakers jumping the fence below: 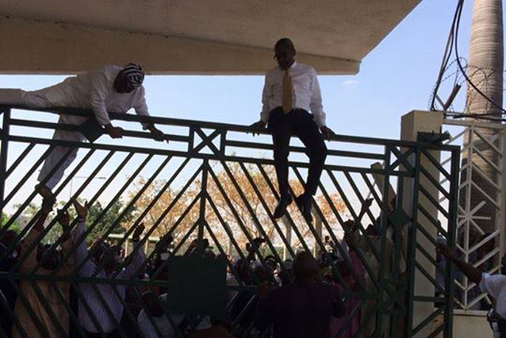 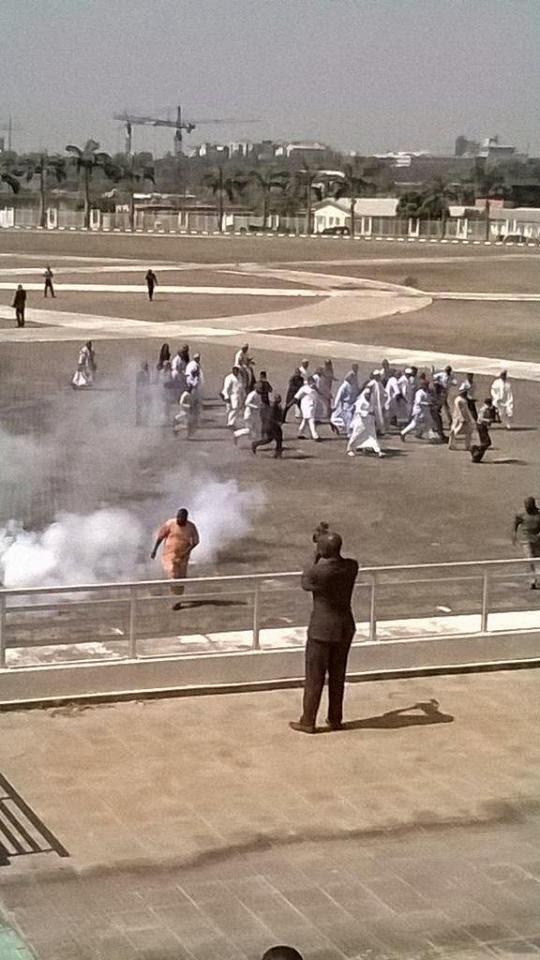 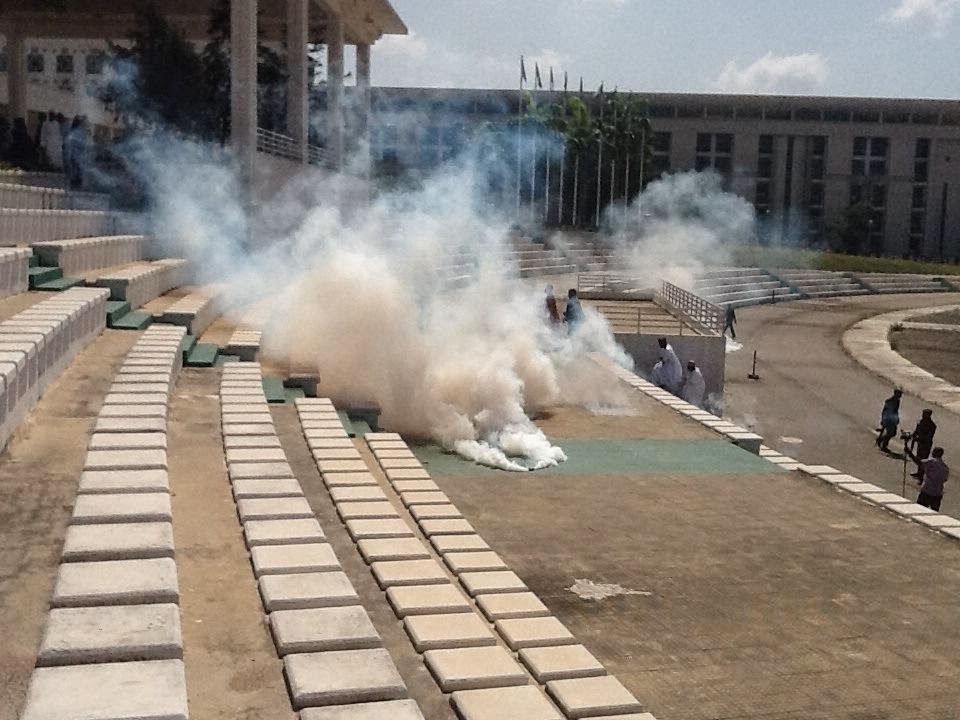 This is coming a day after Goodluck Jonathan led a Peace meeting with PDP members in Abuja.

Is this the aftermath of the peace meeting????

It is getting clearer that this country is under the era of dictatorship.

When has it become a duty for President Jonathan to always send police to threaten his opponents.

Why is it that APC lawmakers were the only ones prevented from entering the National Assembly this morning??

This is a sad day for our nation. The leadership continues to court anarchy by it’s actions, and inaction.

It is very unfortunate that Jonathan has resulted to using force to prevent freedom of movement and expression in this country.

It is a pity that some people are still supporting the brute force leadership of Jonathan who openly declared yesterday that his destiny is wired with hard luck.

Hard luck, blood-sheds, unrest, unemployment and the like is what Nigeria is expressing under his administration and yet he still plan to rule recklessly for another four years.