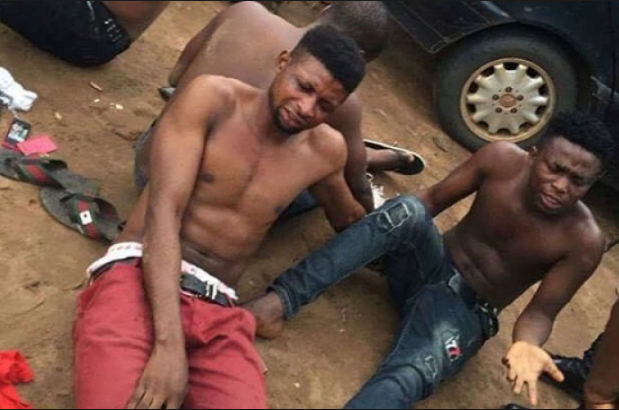 Some suspected fraudsters were caught in Delta state yesterday while returning from a ritual trip in Oyo State.

According to eyewitnesses, the group were busted following a tip off from one of the drivers of the buses they chartered from Benin to Sapele but before they could get to their destination, police officials have caught up with them.

One of the suspects who identified himself as a Simeon, from Otefe Polytechnic told police he stays in Sapele.

He confessed to police officials that they were returning from a ritual that took place in Oyo State aimed at making their “Yahoo business” effective.

They were beaten to stupor before police took them away. 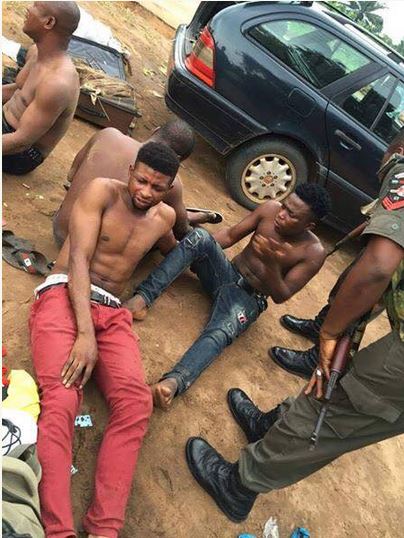 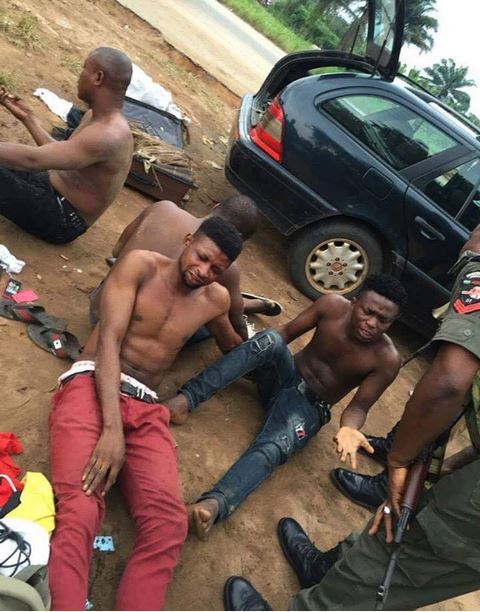 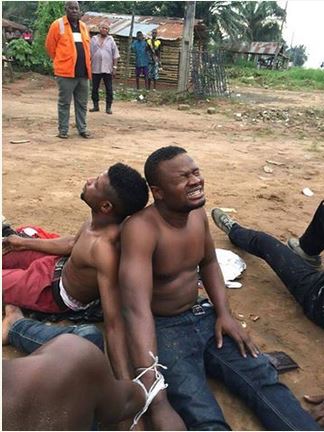 They are currently in police detention in Warri.

Youths of nowadays need to be very careful.

Doing money ritual of any sort is like signing your own death sentence.