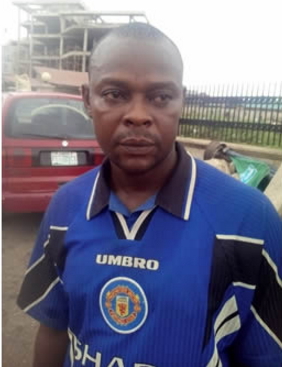 Joachim Iroko, a 40-year-old man standing trial for allegedly naming his dog ‘Buhari, said yesterday that he had no regret for what he did. Iroko, who regained freedom from prison four days after he was granted bail by an Ota Magistrates’ Court 2 in Ogun State, said he gave the dog the name because Buhari was his role model.

The father of two, who said that his wife was currently pregnant, maintained that some people misconstrued his action.

“I have no regret for my action. It only happened that some people misconstrued my action. I am so happy for having splendid life again. It is joy to me.”

“I have three dogs – one bears Obama, one bears Joe, my full name and the third is Buhari.

“I named these dogs after my role models and the late dog I had bore Nelson Mandela. I don’t just give any name to my dog. I give reputable names to my dogs. It is the love I have for Buhari, who is my role model.”