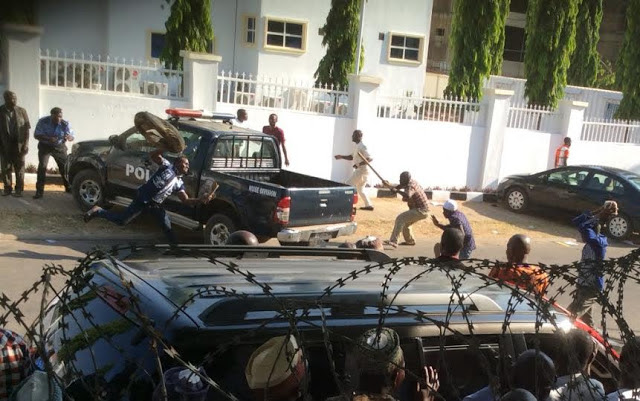 Violence broke out at the APC secretariat in Abuja today as angry youths protest over the nomination of Yahaya Bello as late Audu Abubakar’s replacement.

It took the timely intervention of security agents to smuggle Bello from the angry mob.

Bello was nominated as the new candidate of the APC party after Abubakar’s death but the decision met with strong resistance, prompting the leading party to call an emergency meeting. 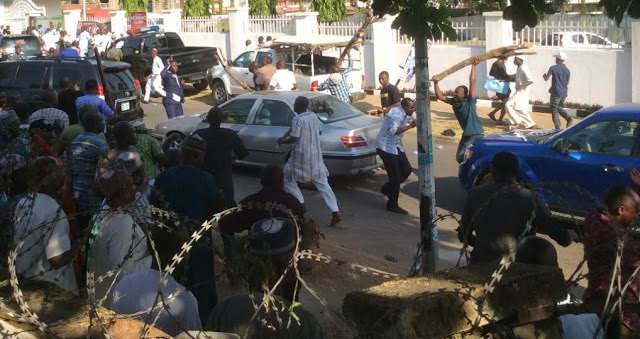 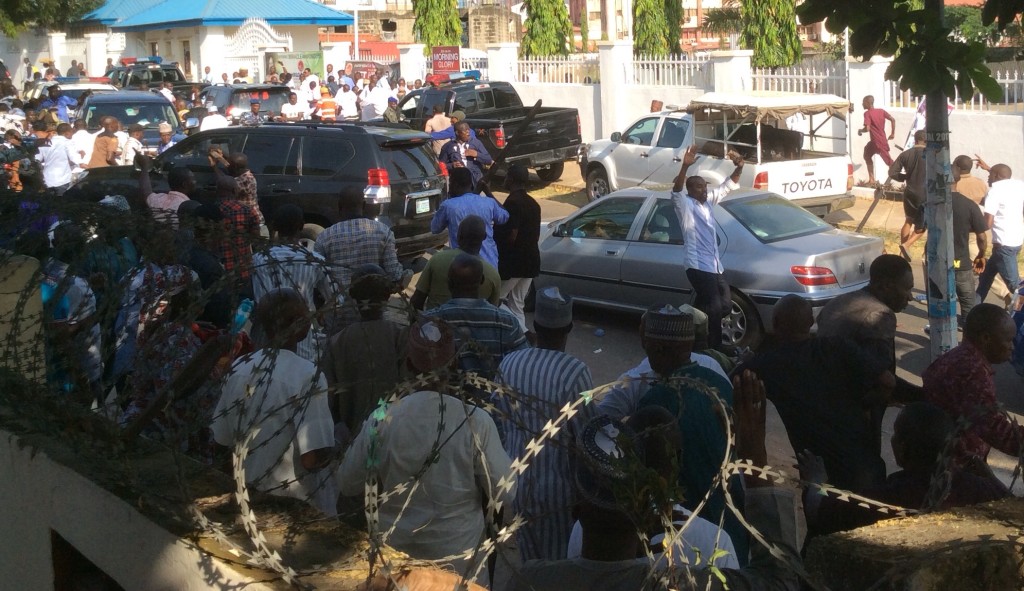 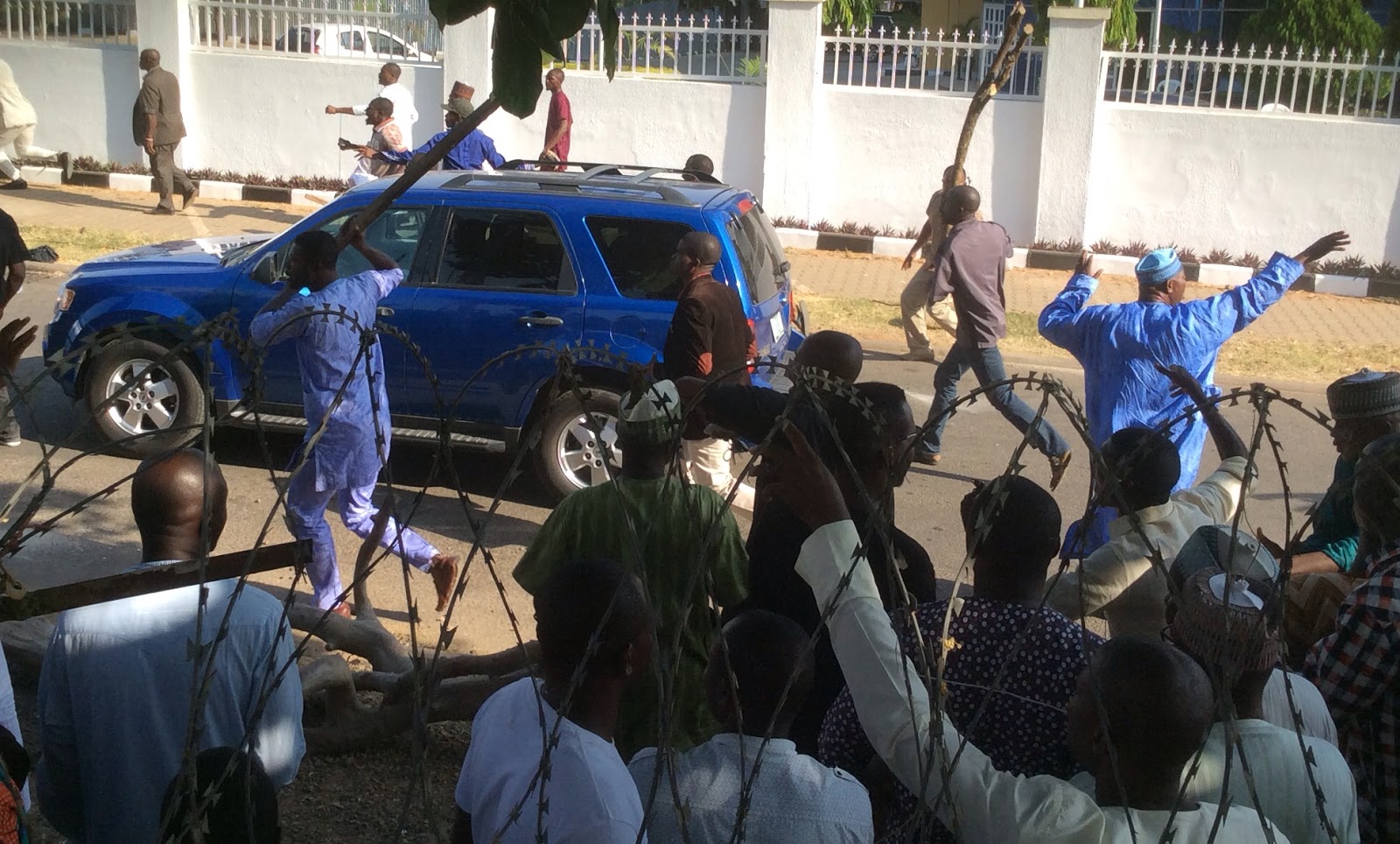 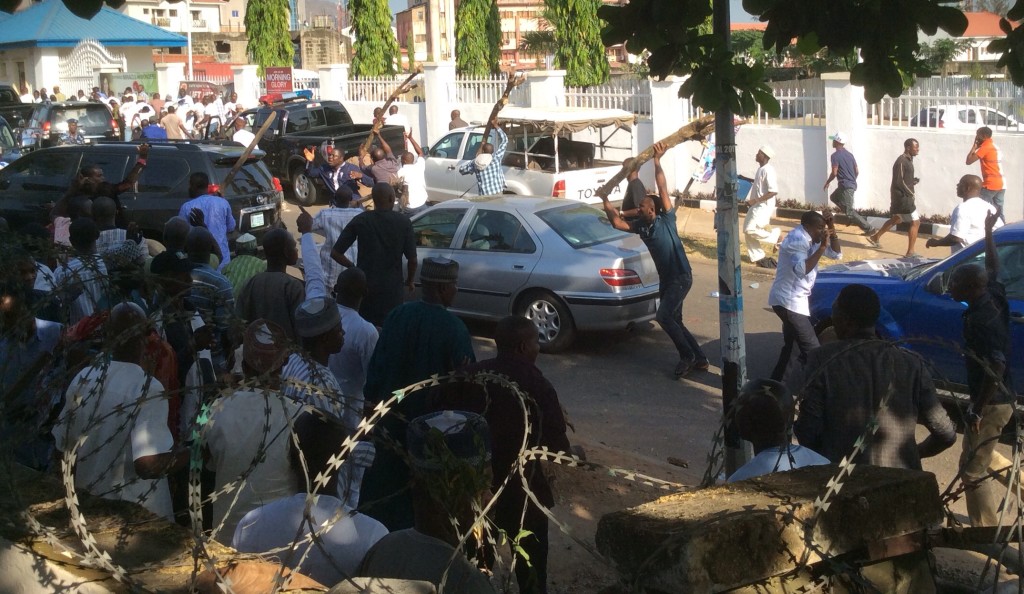 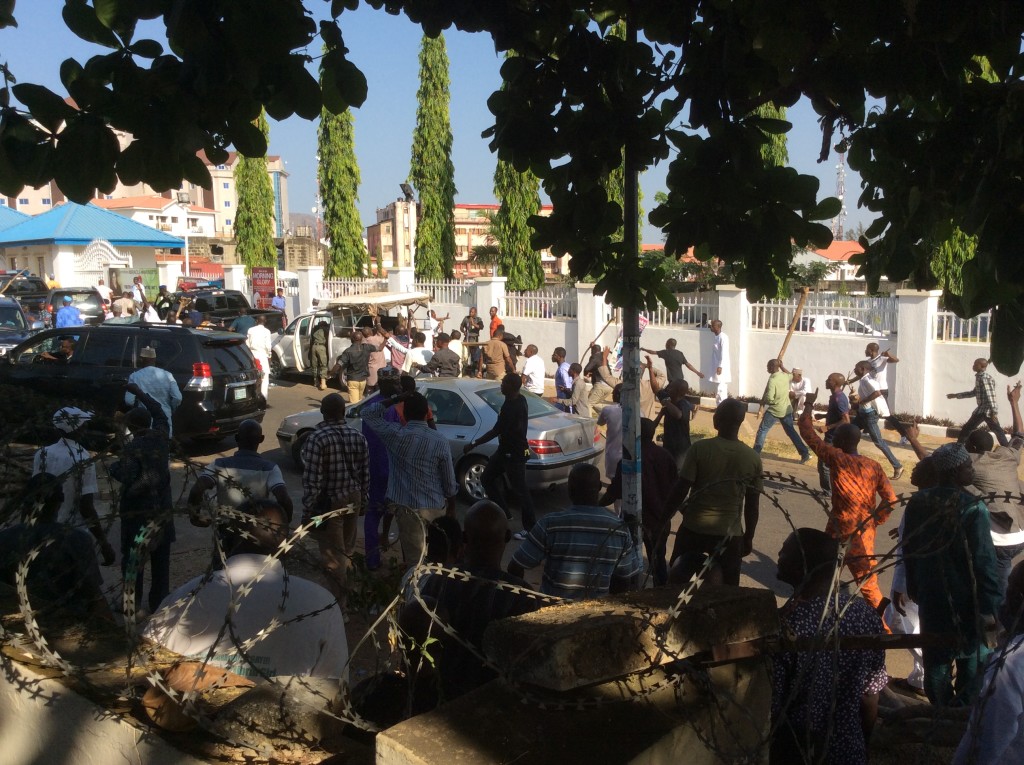