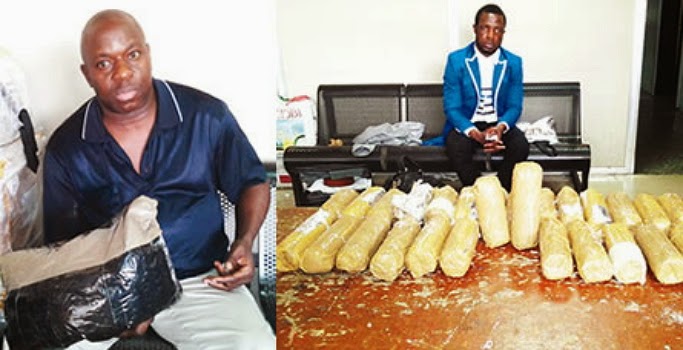 Chukwuenyem Obi, a 48-year-old father of three arrested by Nigeria’s anti-drug agency, NDLEA has told officials of the agency that he ventured into drug business in order to fund  his children education.

Obi was arrested alongside a woman (mum of 7), Ifeoma Ezeano, Michael Okafor and Gilbert Kelvin with 41.6kg of cocaine with the street value of N374.6million.

South Africa-based Obi (pictured above) said he smuggled the drug to send his children who had dropped out back to school.

Chiwuenyem Obi said: “I struggle to feed my family by selling foodstuffs. At present, my capital is so small that the business is almost moribund. A friend introduced me to drug trafficking. He promised to pay me 15,000 South African rand. My children are out of school because of my inability to pay their tuition. This is my first time of dealing in drugs and I regret everything. I pray to be out of this problem.”

“I have seven children and I take care of them from the sales of foodstuffs. I came to Nigeria to buy foodstuffs like melon, vegetables and other local spices. There is a man in South Africa that I went to request financial assistance to enable me expand my business. He called me that somebody would give me some food items for him. When I got to the airport, NDLEA officers detected methamphetamine in the package given to me by the man.” 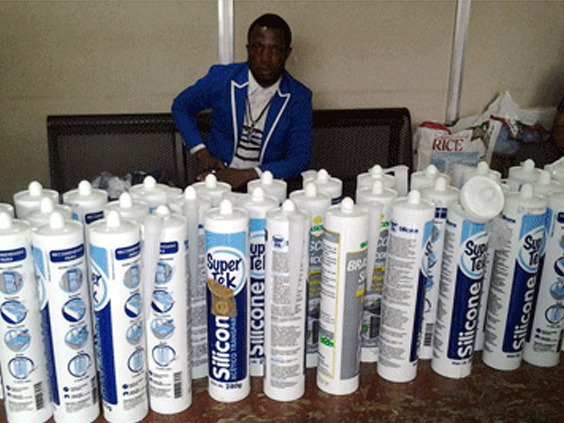 “I am a music producer. I travelled to Brazil to promote my music. I had a successful deal but on my way back, I accepted a bag from a friend I met in Sao Paulo to take to Nigeria. When I got here, 29 out of the 34 sealants were found to contain cocaine. This is a major setback for my career.”

The last suspect, Gilbert Kelvin said he was shocked that the drug he hid in a solar lamp was discovered by NDLEA.

The 4 drug trafficking suspects are currently in NDLEA detention.

These drug dealers are going out of control.