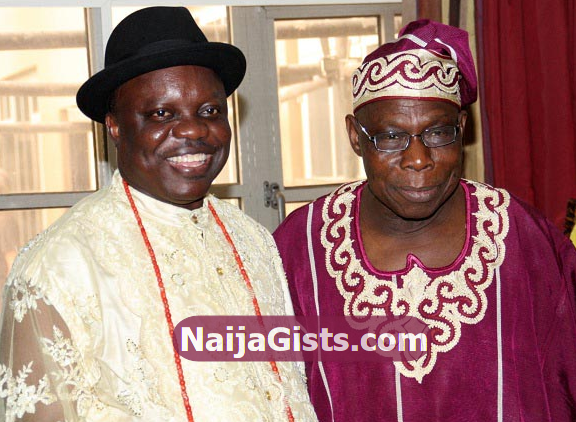 2 of the governors, Liyel Imoke and Emmanuel Uduaghan arrived Abeokuta about 12:55pm on Thursday and swiftly moved into the house without any banters with journalists who were there.

A close aide of Obasanjo confirmed that all the governors were from the PDP and that they came to persuade Obasanjo not to abandon the party at this crucial moment when his support is highly needed.

The aide also confirmed that Obasanjo was aware of their coming as he had earlier held a meeting with some of his associates on the visit of the PDP governors.

“Throughout last night Baba Obasanjo met with us to discuss the visit by the PDP governors and the position to take. Baba pointedly told us that he remains a staunch member of PDP and that he was not fighting anybody but cannot accept an indicted fellow to be his leader,”. – said an aide to Obasanjo

As at the time of this report, the governors have left Abeokuta.