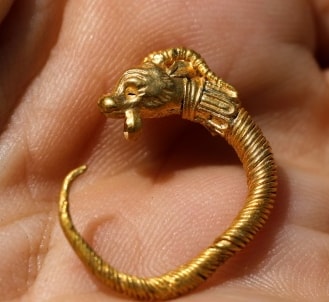 A golden earring dated back to the Hellenistic era has been uncovered in Jerusalem.

The 2000 year old golden earring was found during an excavation carried out by Archaeologists from Tel Aviv University in the City of David National Park on Tuesday. 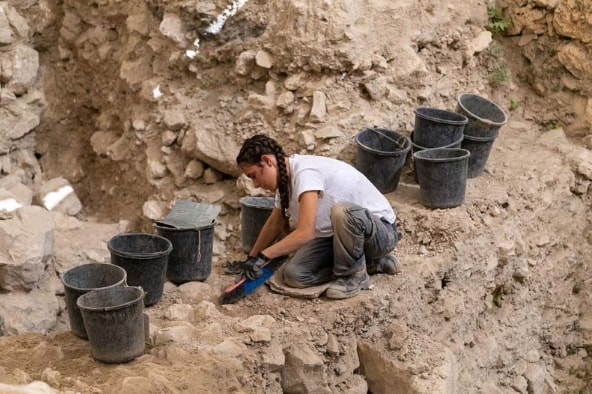 The rare jewelry belonging to a wealthy person was crafted by a process called filigree.

It has a horned animal with large eyes and mouth  and other interesting facial features.

It will be displayed to the public at the City of David’s annual archaeological conference on Friday the 14th of September 2018.

See more photos of the rare jewelry below. 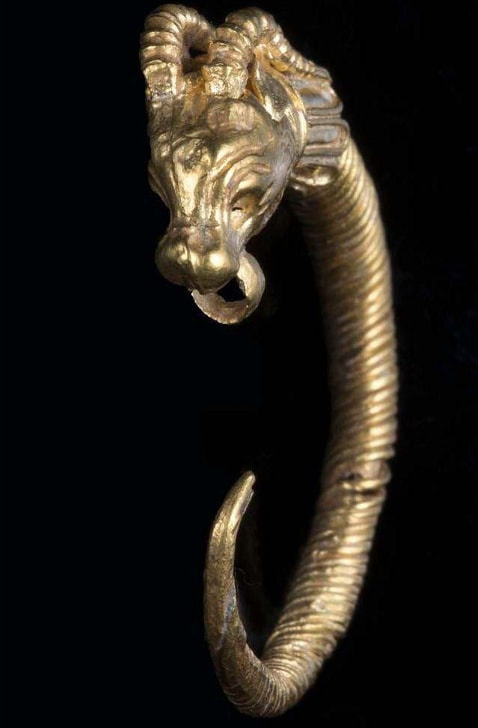 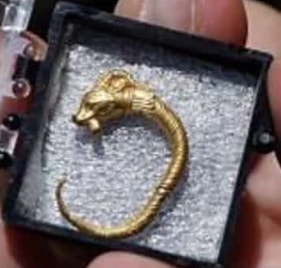