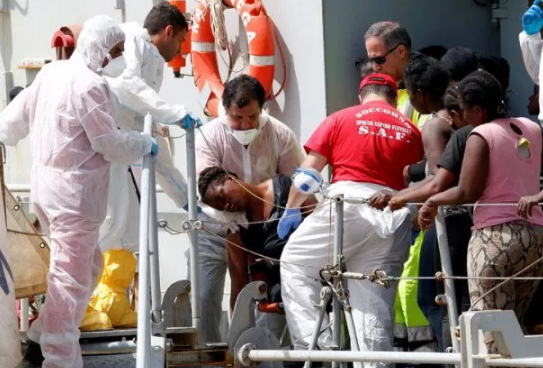 Nov 10, 2017 – The Pitiful Ordeal Of Africans Migrating To Italy & Europe With Help Of Human Smuggling Gangs

The entire world was treated to a rude shock recently when the news of the deaths of 26 Nigerian women was broken. The women, in their teens, were reportedly murdered in their attempt to cross the Mediterranean. The reports further suggested that the women, whose bodies were recovered at the sea, may have been sexually abused.

The bodies of the women, aged between 14-18, were reportedly kept in a refrigerated section of a Spanish warship, Cantabria, which was also carrying other 375 migrants among whom were Sub-Saharan Africans from Nigeria, Senegal, Ghana, The Gambia and Sudan. Among them were 90 women – eight of them pregnant – and 52 children.

The above incident is a microcosm of the ordeals Sub-Saharan Africans undergo in their quest to migrate to Italy and other European countries from the Trans-Saharan route in search of greener pasture. The ugly stories of the migrants are laced with violence, including torture and sexual abuse, by the gangs.

Reports from International Organisation for Migration (IOM) reveal that from the beginning of the year till November 1, at least 150,982 migrants arrived in Southern Europe by boat from North Africa. The report further revealed that 111,552 of the migrants came via the Central Mediterranean route to Italy, and that the number who died on that route was 2,639.

It also indicated that some arrived in Greece, Cyprus or Spain. The total is less than half of the 335,158 who arrived in the same period in 2016. It was estimated that more than 5,070 people died on migratory routes around the world with the Mediterranean alone recording 3,870 casualties. Also, the gangs that smuggle people charge each migrant about $6,000 (£4,578) to get to Italy, $4,000 of which is for the trip from Libya.

It will be recalled that migration through the Sub-Saharan routes blossomed in the early 1990s and was triggered by pressures occasioned by famines, wars, ethnic strifes, economic hardship, corruption, civil unrest, among others, in some parts of the world. Migrants from some of the affected countries saw migration as an opportunity to escape difficult situations in their home countries.

This adventure has proven to be a suicide mission for many. Just recently, 40 West Africans mainly from Ghana and Nigeria, were buried along the Sahara. Every now and then, hundreds of Nigerians are brought back to this country after failed attempts to cross the Mediterranean Sea.

Unfortunately, Nigeria is reported as one of the countries that are hard-hit by this phenomenon. The International Organisation for Migration (IOM) made Nigeria and Iraq a case study in one of its researches, the result of which was mindboggling, apart from the tragic losses of life. The Nigerian situation is made complex by the activities of callous human traffickers who deceive unsuspecting Nigerians with promises of leading them to greener pastures only to sell them as sex slaves. And it is on this note that the National Agency for the Prohibition of Trafficking in Persons (NAPTIP) and the Nigerian Immigration Services should be strengthened to urgently respond to the distress calls from Nigerians to take measures to prevent trafficking in persons.

Kudos should be given to the Nigerian Senate for its swift response. The Upper House, following a motion sponsored by Rose Oko, had mandated three committees to investigate the incident. While we commend the swift response by the Senate, there is also an urgent need to address some of the factors that trigger this mass migration such as lack of enabling environment for the youth to grow and lack of job opportunities. To address these factors, enabling environment and job opportunities should be provided for our youths. There is also the need to lay emphasis on ICT to discourage them from risking migration to Europe.

On this note, one pertinent question that bothers the mind is: “why would one spend between $4,000 to $6,000 to migrate to Europe by a very difficult means when if such money is exchanged for naira, it can afford the person a visible means of livelihood in Nigeria?

On the other hand, the African Union and Economic Community of West African States should not be mere observers on this issue. They should toe the path their counterpart, the European Union (EU), took to check irregular migration. The EU has adopted four pillars to address this issue.They include (1) reducing the incentives for irregular migration, (2) improving border control, (3) developing a common EU asylum policy and (4) strengthening legal migration. The ‘irregular migration’ pillar comprises a diverse set of measures and projects, such as more traditional development measures that aim to address the root causes behind irregular migration, securitised measures that focus on the dismantling of smuggling and trafficking actions, and migration management measures that seek to improve return policies and shelter in the region of origin.

EU’s approach has also reflected on its migration policies targeting the African region. For instance, EU is building on the 2015 Valletta Agreement to implement its Agenda on Migration in Africa. The Agreement’s key areas are: (1) addressing the root causes of migration; (2) enhancing the protection of migrants and asylum seekers through maritime operations; (3) tackling the exploitation and trafficking of migrants; (4) improving cooperation on return and readmission; and (5) establishing and organising legal migration channels.

In June 2016, the EU launched a Partnership Framework to further mobilise and focus EU actions in these areas. Under the Framework, the EU agrees on tailored ‘compacts’ with third countries that outline ‘financial support and development and neighbourhood policy tools that will reinforce local capacity-building, including for border control, asylum procedures, counter-smuggling and reintegration efforts.

In Pictures: The  Pitiful Ordeal Of Africans Travelling To Europe Through Illegal Means 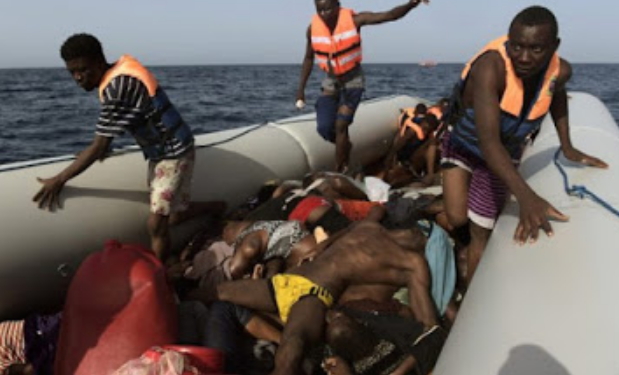 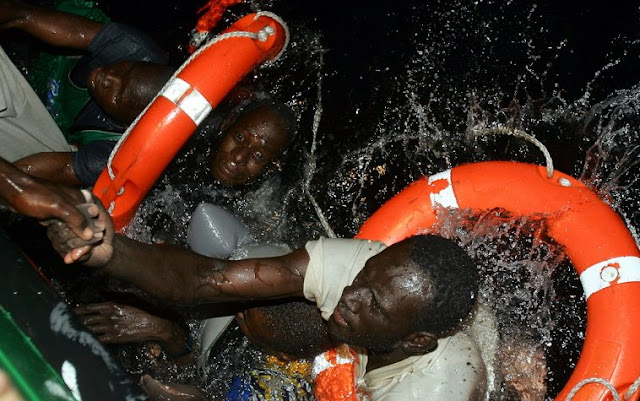 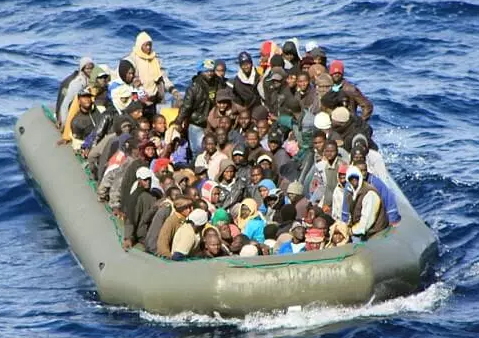 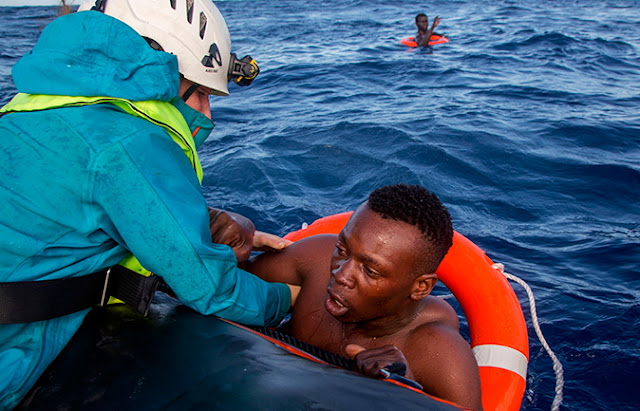 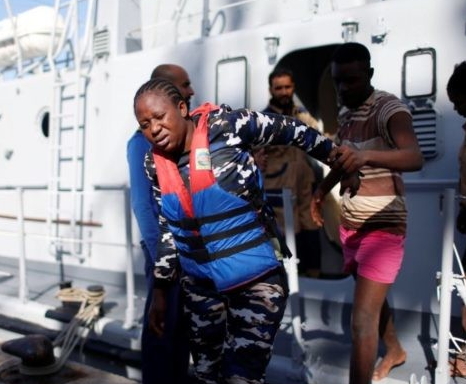 Continue Reading
You may also like...
Related Topics:Africans, Europe, travelling

Tithing: Pastors Do Not Replace The Levites, In The New Testament Pastors Work To Earn Money
Ian Squire: The Pointless Murder Of British Citizen Who Came To Nigeria To Make Life Better For Us