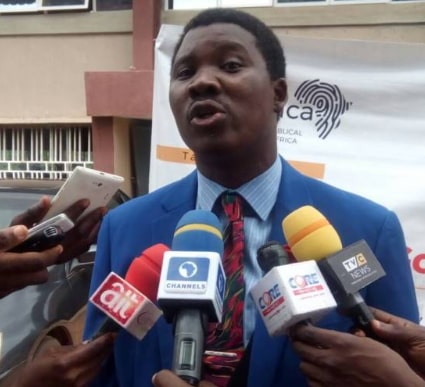 Lack of character, inappropriate application of God’s words and insincerity are some of the factors responsible for the social vices in Nigeria and Africa according to Rev (Dr) Babatomiwa Owojaiye and Rev (Prof) Ezekiel Nihinola.

They added many of Nigerian leaders are religious but they lack the fear of God.

The duo spoke this in Ilorin, the Kwara state capital at the second ‘vitality lecture series’ organised by the Centre for Biblical Christianity in Africa (CBC Africa).

Rev (DR) Owojaiye, who is the director of CBC Africa, said Africa is highly religious but the continent is the epicentre of social vices in the world.

According to him, the words of God have not been sincerely taught and handled by religious leaders.

He said: “People are religious and our religiosity is not sincere. Where is the impact of the word of God in our daily living?

“When the word of God is sincerely taught and administered we will have a sane African society.

“When religious leaders are correct, the followers will be correct and we will have a correct society.”

In his lecture entitled: “The word of God to the rescue of Africa,” Prof Nihinola said godlessness is the major reason for dehumanising situation in Africa.

He added the solution is for Africa to turn back to God.

According to him: “Africans are incurably religious with very strong tendencies towards superstition.

“What is strange is that whereas religious ferment ought to contribute to enrichment and development of human life and advancement of society, the irony of contemporary African life is that multiplication of religious activities seems to be directly proportionate to godlessness, restlessness and disharmony in the society.

“The social and cultural atmosphere of many African nations has been polluted.

“The world is becoming more churchly but the church is also becoming worldly. If gold rusts what should we expect of iron?

He went on: “African societies are crippled with leadership incompetence and failure, misgovernment, maladministration and mismanagement of God-given resources.

“Just like fish begins to rot in the head, many African nations are suffering due to performance of leaders that are better described as pretenders, looters and deceivers. The political space illustrates African chaotic experience.

“There is a struggle for democratisation in many African nations.

“Unfortunately, while they are educated, many African leaders fail the tests of modern governance- such as rule of law, constitutionality and power sharing. African society thus remains undeveloped.”