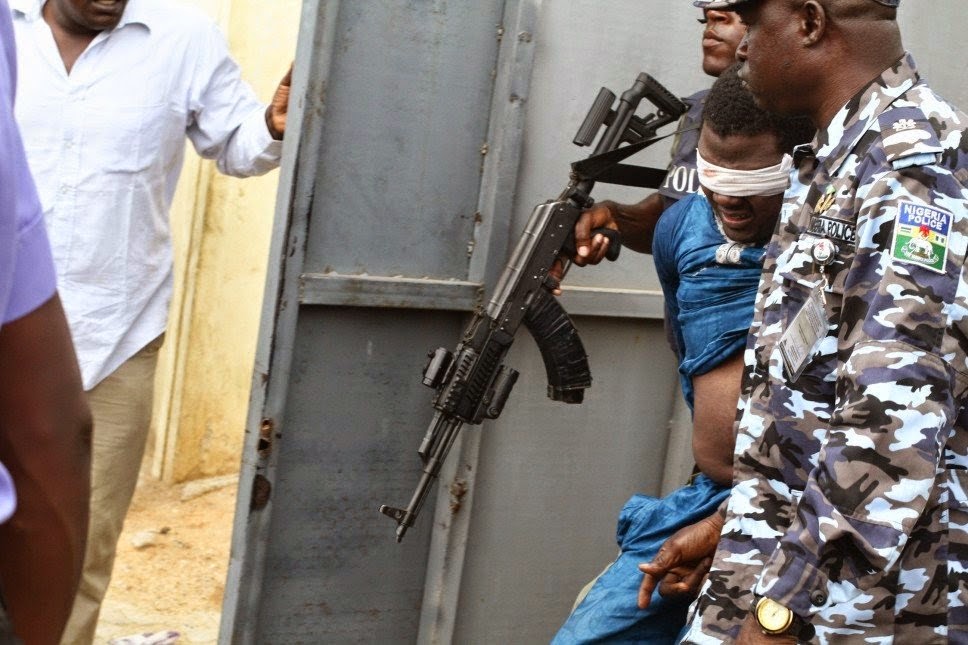 3 suspects have been arrested in Kano in connection of the abduction of a 4-year-old boy Umar Aminu Ibrahim in Kano state.

The 3 suspects, who were paraded at the Bompai Police headquarters on Thursday, included Aliyu Tasiu, Bello Wada and a female, Hajia Fauziyya Bello One other suspect, Hamisu SNU , according to the police, was still at large.

Briefing the press on the incident, Kano State Police Command’s spokesman, Assistant Superintendent of Police (ASP) Magaji Majiya explained that the said the gang leader, Bello Wada criminally conspired with the rest of the suspects to kidnap the minor.

He disclosed that the suspects abducted the boy on the 14th of April , 2015, at the residence of his grandmother in Tudun Wada, adding that Aliyu Tasiu, who is a family member, blocked the view of the boy’s grandmother as he was being taken away.by Bello Wada.

ASP Magaji explained that the boy was subsequently handed over to the lady, Fauziyya Bala who whisked him away to the city and lodged him at their den in Tarauni Quarters of the state capital.

The police spokesman stated that the abductors, following their successful operation, later called the grandmother of the boy on phone, demanding a ransom of N3million, threatening to kill the boy if she fails.

The matter was immediately reported to the police division in the area in the company of the two suspects, who sympathized with the family over the incident.

He added that following the report, the police swung into action and arrested the suspects without any injury or harm to the boy nor any payment of ransom to the kidnappers.

The police spokesman noted that although the present case was not as a result of negligence, parents should nevertheless remain vigilant over their kids as children were a gift from God.

Continue Reading
You may also like...
Related Topics:kidnappers, police arrest