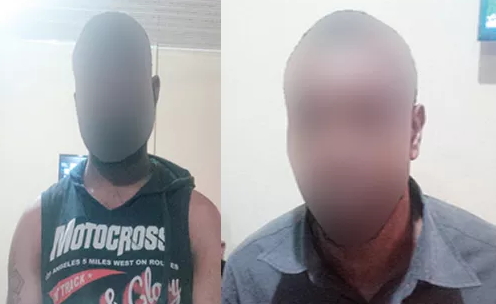 The 35-year-old suspect started his armed robbery career using two pistols his police team recovered from suspected robbers. He was known for always mounting the pulpit to preach about salvation and hell fire. He was also known for preaching to his colleagues at the slightest opportunity. Indeed, Oboko was trusted and respected among his peers.

But his sins appear to have finally found him out. Perhaps the most shocking of all is the fact that Oboko, who is a pastor and a corporal, is actually the leader of the robbery gang. He said: “I don’t know what came over me. I’m the resident Pastor of Battle Axe Assembly Church, located at the Chuba Allo area of Port Harcourt.

I have the calling from God to be a pastor. I don’t know what made me join this evil business of robbery.”

Immediately Amandi was arrested, he knew his days of terror had ended. With a resigned look on his face, he started singing like a bird. While spilling the beans, he mentioned his leader, Oboko. Oboko was arrested, tried and dismissed from the force.