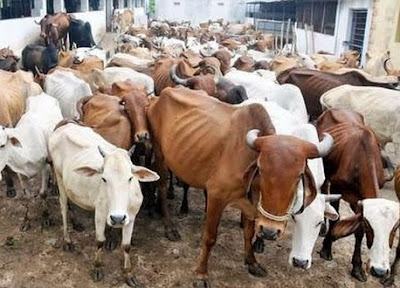 The State Police spokesman, Othman Abubakar, said this was following clash between herdsmen and farmers last Saturday over encroachment into farmlands.

The police applauded the affected farmers for exhibiting maturity by not taking the law into their own hands.

He also commended the herdsmen for accepting responsibility for the destruction by their cattle and their commitment to pay for the damages.

He said that all the aggrieved farmers were shortlisted for compensation, while the arrested cattle were handed over to the District Head of Yolde Pate for safekeeping.

He added that the cows will be released once the herdsmen compensate the farmers.

Continue Reading
You may also like...
Related Topics:cows, Fulani, police